Calling it a "once-in-a-lifetime exhibition," the Metropolitan Museum of Art just announced a late 2017 show of Michelangelo's sketches and his "powerful imagery and dazzling technical virtuosity."

Michelangelo: Divine Draftsman and Designer will run from November 13th through February 12th, 2018, and will feature 150 of the Renaissance master's drawings, as well as three marble sculptures. The exhibit will include "his earliest painting, his wood architectural model for a chapel vault, the complete series of masterpiece drawings he created for his friend Tommaso de’Cavalieri and a monumental cartoon for his last fresco in the Vatican Palace." According to the press release, the pieces were "selected from 54 public and private collections in the United States and Europe, [and] the exhibition will examine Michelangelo’s rich legacy as a supreme draftsman and designer." 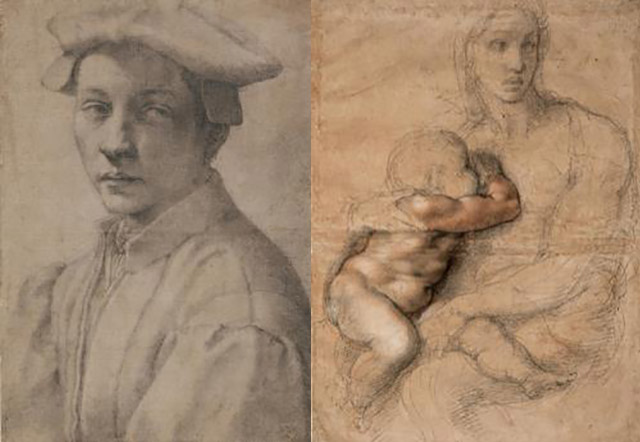 For fans of From the Mixed-Up Files of Mrs. Basil E. Frankweiler, this exhibit is especially exciting, as the classic E.L. Konigsburg children's book follows a brother and sister who run away from their Greenwich, CT home and camp out in the Metropolitan Museum of Art—and stumble into a mystery about whether the museum's newly acquired sculpture is a Michelangelo or not.

In reality, the Metropolitan Museum of Art did not have any sculptures by Michelangelo until 2009. That's when the French Embassy, located across the street on Fifth Avenue, loaned the Met The Young Archer. The sculpture had been sitting in its lobby until scholars realized the work was most likely a Michelangelo.

The Young Archer, which is on loan for 10 years, is located in Gallery 503; from the museum's description:

The iconography of this idealized youth makes him difficult to identify. Like Cupid, he has a quiver but there is no sign he ever had Cupid’s traditional wings. The statue is first recorded in 1556 at the house of Jacopo Galli in Rome, where the work is identified as Apollo. Galli is known, however, to have owned a Cupid sculpted by the young Michelangelo. So it is significant that by 1650, when the figure occupied a garden niche at the Villa Borghese, Rome, he had been retitled Cupid. By 1902 the sculpture was gravely damaged. Nonetheless the dealer Stefano Bardini recognized it as Michelangelo’s work when he offered it at auction in London, but this attribution was soon forgotten or discounted. It was later purchased by the architect Stanford White and installed on a fountain at the Fifth Avenue mansion of Mr. and Mrs. Harry Payne Whitney, today the office of the Cultural Services of the French Embassy in New York, where only recently it was recognized as Michelangelo’s lost Cupid.

#metropolitan museum of art
#michelangelo
#sculpture
Do you know the scoop? Comment below or Send us a Tip