The Real Battle of the Hudson: Devils vs. Rangers 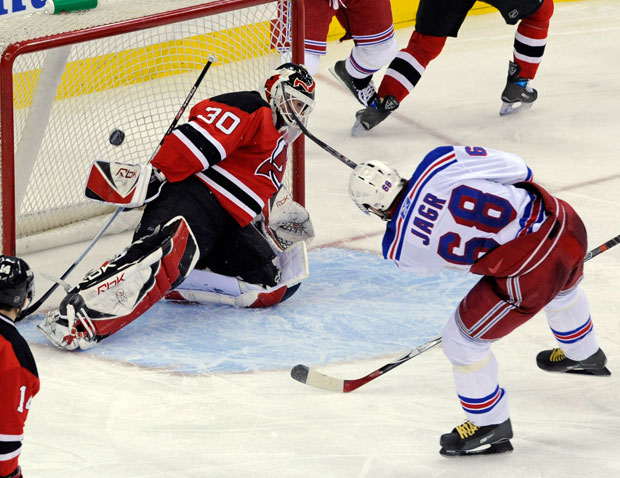 For the fifth time in their history the Rangers and Devils will meet in the playoffs. The Rangers won the first three meetings, with New Jersey winning the fourth, a clean-sweep in 2006. Neither team is likely to sweep the other this year as both teams are fairly evenly matched, especially defensively. The Rangers and Devils allowed the fewest goals in the Eastern Conference and Martin Brodeur and Henrik Lundqvist finished 5th and 6th respectively in the league in goals against average.

At first glance, the Rangers’ 7-0-1 record in the season series this year would appear to give them the advantage, but five of those games were decided by only one goal (three in shootouts) and the remaining three by two goals. Breaking it down, the series will probably turn on the ability of the third and fourth lines to create scoring chances against the top lines of the other team.

Expect a long and hard-fought series with close games and tempers flaring. If you haven’t watched hockey before, give this series a chance, you might like what you see, especially if you are a Devils fan because Gothamist thinks the home cooking brings them a seven-game series win.

#Devils
#Henrik Lundqvist
#hockey
#Martin Brodeur
#rangers
#sports
Do you know the scoop? Comment below or Send us a Tip
A new Gothamist is coming! We’ve moved comments over to our beta site. Click here to join the conversation and get a preview of our new website.