The Incredible Story Of Eliza Jumel: Once America's Richest Woman, Now A Ghost In Washington Heights

In 1921, the Daughters of the American Revolution held an auction to rid the oldest house in Manhattan of any trace of its former inhabitant, Eliza Bowen Jumel, once the richest woman in America.

Jumel was not the chaste ideal of a colonial woman typically beatified by the DAR. There were stories about her being a kept woman in a Providence brothel, abandoning an illegitimate child, feigning death to trick Stephen Jumel into marrying her, and being kicked out of France by Louis XVIII himself.

So the DAR attempted to erase her 55-year tenancy at the mansion in Washington Heights by renaming it "Washington's Headquarters." Bundles of Jumel's personal letters —documents which were said to contain stories about her life in the company of Napoleon Bonaparte, Benedict Arnold, Thomas Jefferson and Aaron Burr—were sold on the front lawn for pennies.

Thankfully this would not be the last New Yorkers would hear of the woman who once owned 150 acres of Manhattan real estate, including a pasture with 500 Merino sheep on what is now the campus of Columbia Presbyterian Hospital, and whose ghost reportedly haunts her old home.

Camilla Huey, a couturier and artist has interpreted Jumel's life story into an exquisite corset, while Tony-winning composer Lin-Manuel Miranda spent time in the mansion's bedrooms writing lyrics for his upcoming musical, Hamilton.

As the Morris-Jumel Mansion approaches its 250th anniversary, they are part of a movement to exhume the remarkable life of the woman who chose to be known as Madame Jumel in New York and the "widow of the former Vice-President of the United States" when traveling in France. 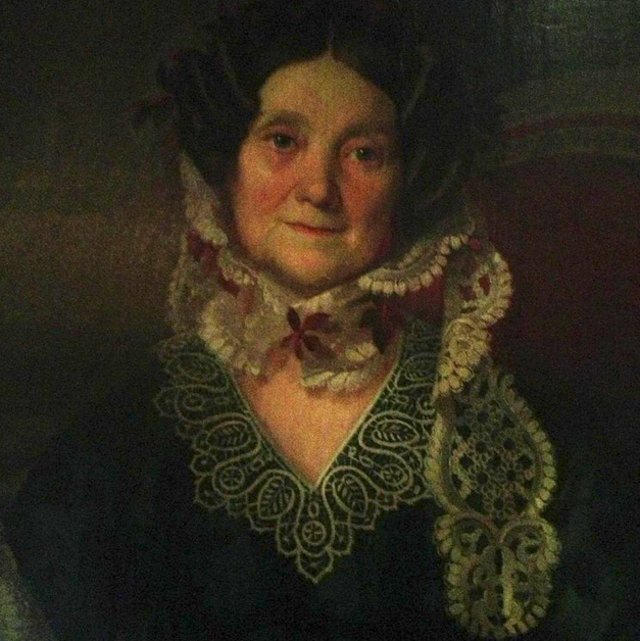 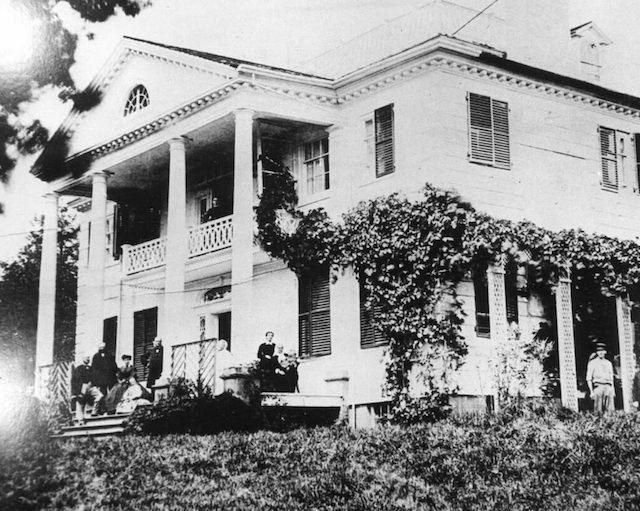 Eliza Jumel's New York Times obituary states that her mother died shortly after giving birth and that she was placed in the care of "a good woman, and many clergymen visited her comparatively humble dwelling, so that the early years of the little one were passed amid good influences."

In fact, Eliza "Betsy" Bowen was born in either 1773 or 1775 to a mother who worked as a prostitute for a black madam in a Providence, Rhode Island brothel.

Though the means of her ascent aren't entirely clear, Jumel left Providence in the early 1790s for New York, then a town of 60,000 people. She worked as an actress, and seems to have used her considerable wit and beauty to gain access to many of the city's elite.

However, her obituary claims that Eliza was brought into these circles when she eloped to New York with Col. P. Croix; that she attended the inauguration of George Washington, was best friends with Benedict Arnold's wife, and inspired Patrick Henry to fall in love with her. The obituary also claims she was present at the first session of the Continental Congress in 1774, which would have made her exceedingly distinguished for a 1-year old.

There is no evidence that she was ever married before her 1804 betrothal to Stephen Jumel, a wealthy French wine merchant she met in New York. The couple were staunch supporters of Napoleon, and often traveled to France, where Eliza Jumel's wit and beauty made her the toast of Parisian society, which accepted her more than New York's ruling class ever would.

In 1810 the couple purchased a stately, 45-year-old Palladian Mansion built by British loyalist Roger Morris and later occupied by George Washington during the battle of Harlem Heights. Stephen Jumel, who had escaped to New York from San Domingue during the slave rebellion, was the first Dominican to live in Washington Heights.

The Jumel property in Northern Manhattan included apple, peach, apricot and plum trees, an ice house, smoke house, and a vineyard of white Bordeaux wine grapes which exist today in a feral state in Highbridge Park. 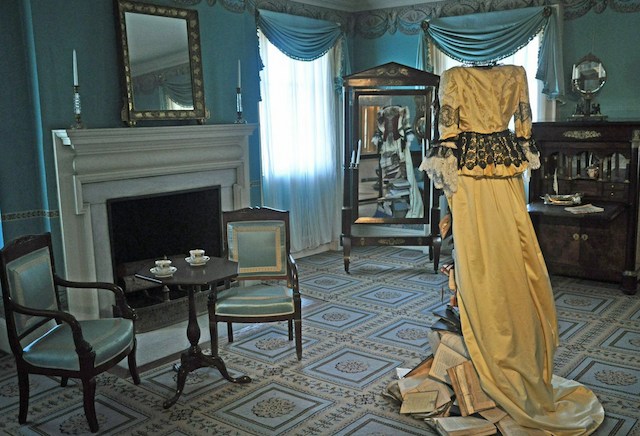 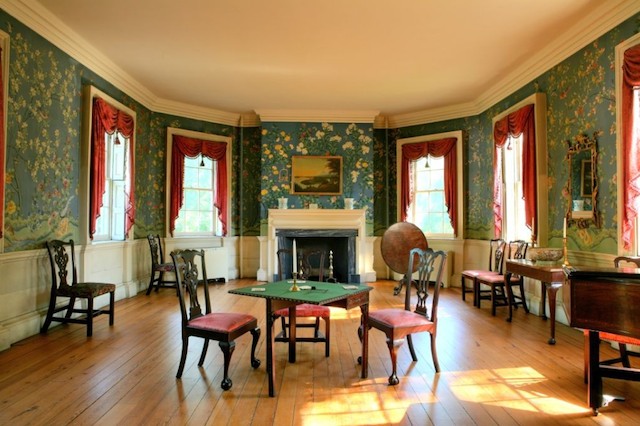 The couple continued to travel between New York and Paris, though Eliza Jumel was reportedly kicked out of France in 1816 for riding a carriage studded with Napoleonic emblems in front of the Tuileries and "shouting abuses" at the French king.

Though eventually she would be allowed to return to France, her ejection was hidden from her adopted daughter, Mary, who is believed to be Jumel's sister's illegitimate child. Mary was told that her beloved "Mama" had to leave because of an illness.

In 1822, Jumel sailed back to America without her husband, but with his power of attorney, which she used to make significant real estate acquisitions and shore up their already considerable wealth, making her the richest woman in the United States. Stephen Jumel didn't return to New York until 1828, and died six years later at the age of 70 when he fell on a pitchfork.

Madame Jumel likely met Burr during her early days in New York. Burr's motivation may have been Jumel's wealth, as he was having a difficult time recovering from conspiracy accusations and exile, and was reported to be dependent on friends for financial support.

But the marriage failed to improve Jumel's standing in American high society. It ended three years later in a divorce which was legally granted on September 14, 1836, the same day Aaron Burr, after several strokes, died in the care of his cousin on Staten Island. Madame Jumel claimed that Burr tried to liquidate her fortune, and hired Alexander Hamilton's son to be her divorce attorney. 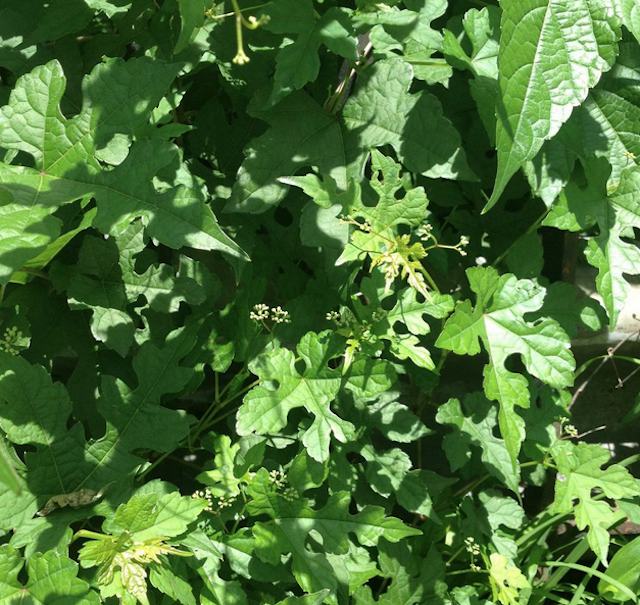 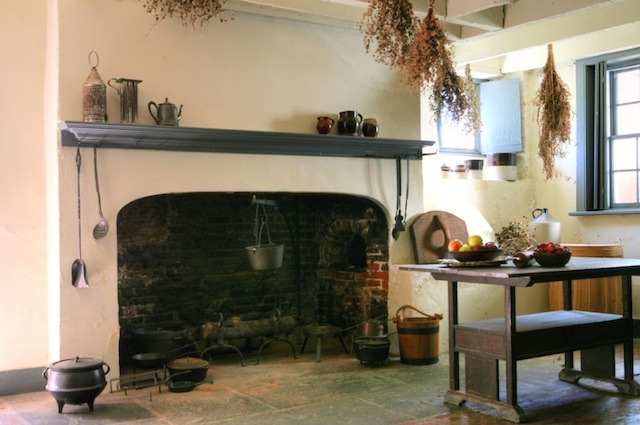 Madame Jumel never married again, and spent the rest of life traveling in social circles in Europe and upstate New York with Mary and her children, Eliza Jumel Chase and William Inglis Chase.

In Saratoga Springs, Madame Jumel met a well-regarded cook named Ann Northup, whose husband Solomon had been captured and sold into slavery in the South, and hired her to cook at her Manhattan mansion.

Madame Jumel had great affection for Ann and Solomon's daughters, Elizabeth and Margaret, and the Northup's son Alonzo worked as an apprentice to Madame Jumel's coachman. Some scholars believe that her liberality in regard to her relationship with the Northups in the antebellum era was due to Jumel's own childhood in a brothel, where her playmates were likely black.

Madame Jumel died in 1865 at the age of 90 or 92, and her estate remained suspended in litigation for 16 years. The enormous property was parceled off and her fortune was disputed in lawsuits filed by George Washington Bowen, who claimed to be the illegitimate son she left behind in Providence.

A disapproving and rather dry interpretation of her story can be found in a 1916 book called The Jumel Mansion, by William Henry Shelton. In 1962, a historical novel called Painted Lady was written by Leonard Falkner, which despite its potboiler title, provides at least a fair and somewhat admiring depiction of Madame Jumel's illustrious life. 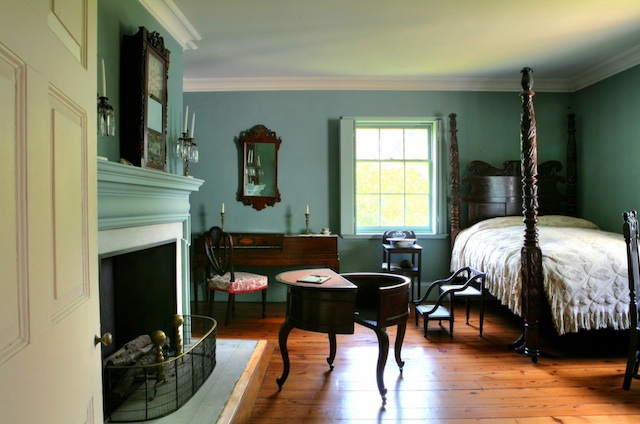 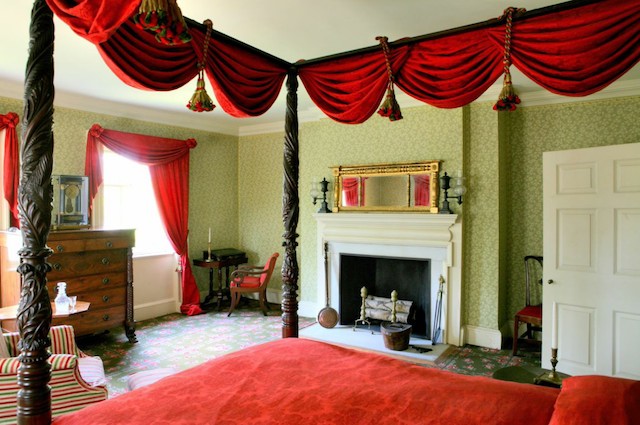 In 1964, a group of children on a school field trip were waiting on the mansion's lawn when an elderly woman appeared on the balcony and told them to "shut up." Shortly after, the mansion's curator arrived and the group reported what the old lady had rudely said to them. Flustered, the curator assured them the house was empty, and pointing out that the door was padlocked. Later in their visit, when the children encountered a portrait of Madame Jumel, they identified her as the surly woman on the balcony.

This story has led to generations of uptown lore. Washington Heights native Veronica Clough recalled that as teenagers in the 1970s, she and her friends would sit on the hoods of cars, facing the mansion and waiting for Eliza to appear on the balcony.

"It was a Friday night ritual with Boones Farm," said Clough. "It was common knowledge among the old timers like my dad and aunt. It was even on Unsolved Mysteries with Robert Stack."

Madame Jumel's appearance on the balcony formally originates in the book Ghosts: True Encounters with the World Beyond, written by Hans Holzer, most famous for holding a séance in the house known for The Amityville Horror. Holzer also held two séances in the Morris-Jumel Mansion, and reported contact with Stephen Jumel, whose tortured soul shared that his wife had ripped the bandages from his pitchfork wounds and watched him bleed out. Fifty years after the Daughters of the American Revolution tried to erase her memory, Madame Jumel's reputation was once again under attack.

Today, the Morris-Jumel Mansion is receiving some long overdue attention. Last year the mansion's archivist discovered an original 12-page colonial letter written as a plea for reconciliation to the people of Great Britain, written by Robert Livingston, a New York jurist.

This critical document, which influenced the Declaration of Independence, was recently sold by Keno Auctions for $912,500, and will be used to create an endowment for the property and to make much-needed repairs. The long neglected Roger Morris Park on which the property sits grows more beautiful every day, as the mansion’s gardener tends expanding beds of herbs, vegetables and flowers. 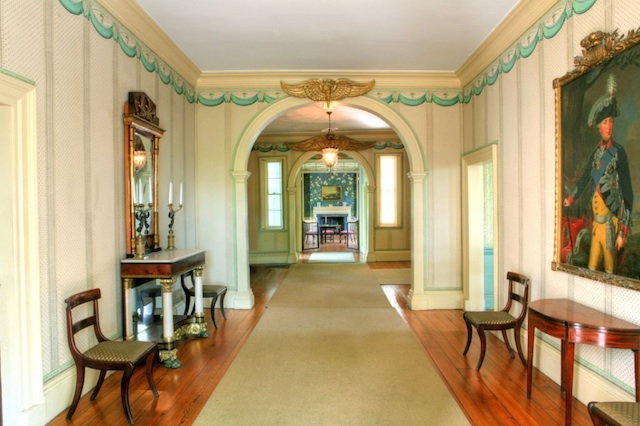 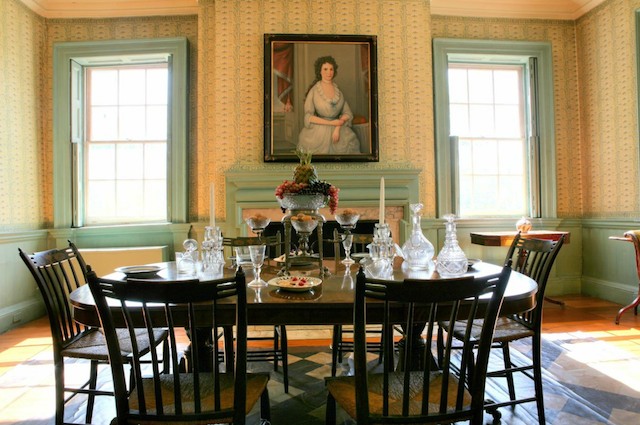 Independent historian Jane Lancaster is writing a more historically accurate biography of Eliza Jumel, and recently presented her research to a sold-out crowd at the mansion prior to a seated dinner, which recreated a meal served by Ann Northup.

You can visit the mansion and then make an appointment to visit Kurt Thometz at Jumel Terrace Books, who has section of his ground-level brownstone shop devoted to Washington Heights history. Thometz knows a great deal about the Jumels.

"Eliza Jumel was one of the great horizontals of American history," Thometz says with a grin.

Lin-Manuel Miranda, who took a lot of inspiration from writing in Aaron Burr's old bedroom, told us that "Working in the Jumel mansion allows you the rare privilege of time travel in this incredible city."

Miranda and The Public Theater are helping the mansion raise funds with a benefit performance of Hamilton on February 5th, 2015.

As for recent ghost sightings, the museum's executive director Carol Ward said that the reports of strange energy in the house are common. At times she has noticed strange sounds and lights going on and off, but nothing more and certainly nothing menacing.

Ward noted that Madame Jumel kept wonderfully detailed and well-organized records about the house and its furnishings.

"Knowing how meticulously she kept her records, I would say that if her ghost did remain here, it is because she was so house-proud."

Danielle Oteri is a Manhattan based writer, speaker and art historian. Last year she wrote about Manhattan's 146-year-old secret dinner society, The Zodiac Club. Follow her on Twitter.