The Goat Heads Of Prospect Park: What We Know So Far

Yesterday we received a few photos of a decapitated goat head found in Prospect Park. We published those photos, and in return have received handfuls more photos of mutilated goats also found in the park, which I suppose is to be expected. You gotta spend goat heads to make goat heads.

Above you will find a photo of a decapitated goat that was found around Christmastime. Below is the same goat, covered in snow. "Pretty beautiful in the snow. It was a young goat," writes Eric Oglander, who sent the picture. 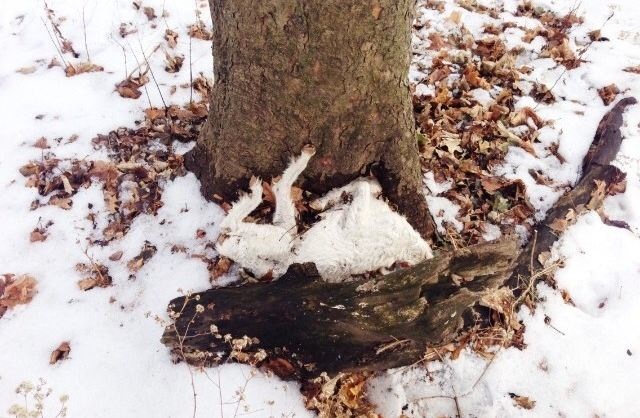 We also heard from a self-described priest of "African Traditional Religions," (Santeria originated in Cuba, Voodoo in Haiti, Quimbanda in Brazil, etc., though many practices are the same) who posited that the goat was not part of any ritual at all:

Not giving away secrets, but, when an offering of a four legged animal is done, its either for something major taking place, so its not done often nor likely.

And, importantly, its done respectfully because the animal is giving its life for something, therefore its done quickly and as painlessly as possible.

Depending on the situation, more often than not, the rest of the animal is prepared properly and cooked. Only in certain situations is the animal not cooked and eaten.

So what about this particular goat head indicated disrespect?

Its disrespectful because when we normally dispose of an animal, it shouldn't be found by others like that, especially in a park with kids or families.

The main reason is that if the body is disposed of instead of consumed, that means that negative energies were absorbed by it, therefore, anyone else coming in contact with it, such as kids, are now able to pick up the possible energies.

And then there's the question, "Why goat?" (Regardless of whether our goat head was actually part of any ritual, this is good information to have on hand for parties and business meetings.) Steven Gregory, a professor of Anthropology at Columbia University who wrote his dissertation on Santeria, said "four foot" animals are typically used in relation to significant events, like the birthday of a particular deity or when a new priest is named. Goats, he said, are more powerful in "achieving the desired result" than, say, a chicken, which are more commonly sacrificed.

"If someone has a health problem, or is moving into a new apartment, and there's the belief there is a need for cleaning, chickens would be used to cede an alter," he said. "Goats are usually used for much larger events that are collective, more so than individual."

I was left with many questions: How many chickens equal a goat? Would sacrificing a goat where a chicken would suffice be like lighting a cigarette with a blow torch? Gregory wasn't sure about any of that.

There are no answers. All we have is goat head photos: 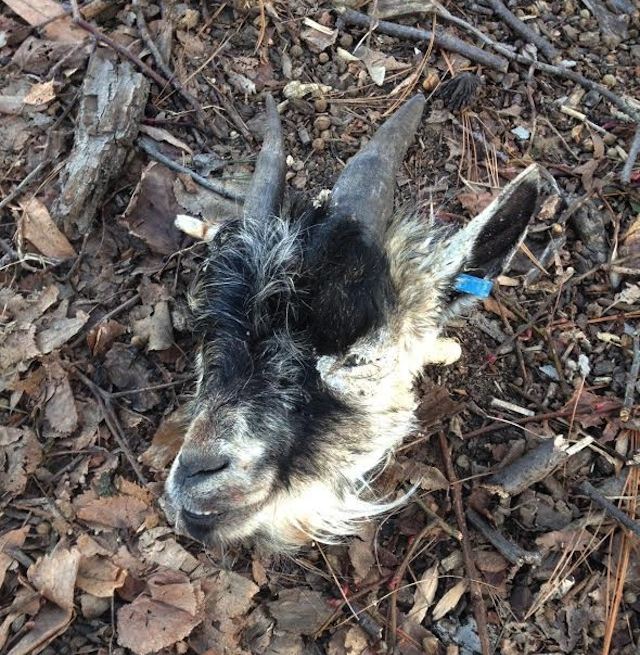 This one comes from Marc Lallanilla, who said he and his dog were "thrilled" to find the above pictured goat head several days ago. "A few weeks earlier, my dog found a severed leg with a cloven hoof at the base of the same tree where the goat head is," he wrote. "Pretty."