The Giants Lay An Egg 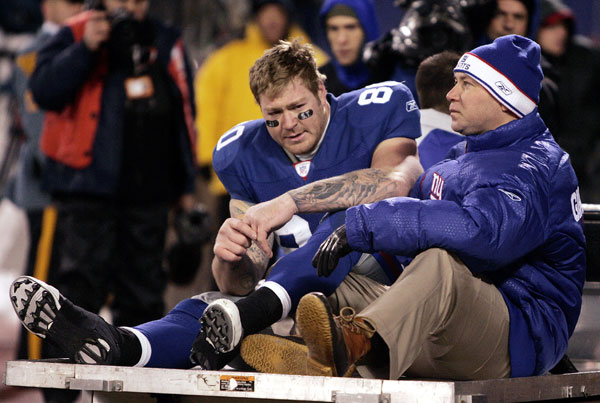 It is hard to imagine a worse night for the Giants than what they actually went through on Sunday. In a 22-10 loss, Eli Manning had 34 incompletions, Jeremy Shockey broke his leg and they forgot how to catch a football. Ugly doesn’t even begin to describe this performance. And yes, the weather was bad with the wind whipping around the stadium, but that affects both teams and Washington didn’t seem to have a problem with the conditions.

Instead, it was the Giants who stumbled all over the field and put their playoff hopes in jeopardy. Yes, they still are in control of their destiny, but with a road game in Buffalo next week before a home date against the Patriots, there is a decent chance the Giants finish the season at 9-7 which would probably mean they miss the playoffs. They will root for the Bears tonight and try and take care of business next week, but the road to the playoffs just got a lot tougher.