The Future of McCarren Park Pool 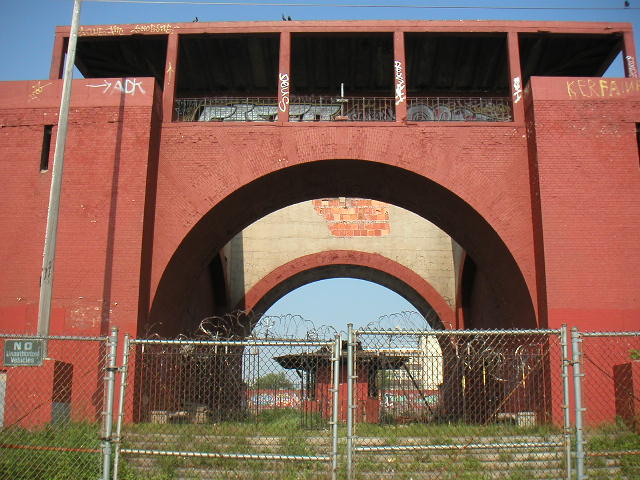 Last night the first of two meetings to discuss the future plans of (the recently landmarked) McCarren Park Pool took place. The NYC Department of Parks & Recreation and architects Rogers & Marvel unveiled their plans and how they will spend Mayor Bloomberg’s $50 million. The initial press release listed: renovating McCarren Park Pool for swimming, creating a year-round recreation center, and preserving and restoring the historic bathhouse building and entry arch, as top priorities (based on a survey).

Pool construction will start in late 2008, but fear not music lovers -- it will still be used as a performance venue this summer. And Brooklyn residents can plan on getting their feet wet in 2011.

Curbed reports that "the new pool will cover almost 70 percent of the space of the old one--significantly more than had been expected. The pool will be able to handle about 1,500 people. It will wrap around a concrete area that will just into the middle of the space in a U-shape. Architects are calling this area 'the beach,' as it will have water on three sides. The diving pool, which has been filled in, will be rebuilt. (There is also a long-term plan to rebuild the wading pool.) In the winter, some of the space will be used as an ice skating rink. One of the big existing structures to the right of the entrance will be converted to community space. The building on the left will be turned into a gym. There's also talk of putting a cafe atop the main entrance building."

If you have renderings or more info, send it our way. There will be a second presentation to the full Community Board on Wednesday, February 13th at 6:30pm (at the Swinging Sixties Seniors Center, 211 Ainslie Avenue).