'The Fix Is In': Skeptical SoHo & NoHo Residents Fear The Worst From City Rezoning

Residents of SoHo, a former bastion of manufacturers and artists that has become a cautionary tale of gentrification, and neighboring NoHo are bracing themselves for a rezoning plan they fear will further erode the iconic area’s character.

Department of City Planning officials last week kicked off a series of public meetings with the community as part of a “collaborative planning process.” While no specific proposals are on the table yet, residents and observers anticipate that a rezoning would grant more as-of-right retail uses, easing requirements that operators of large stores request special permits, as well as the removal of a more-than-four-decade-old law that requires some former manufacturing buildings in SoHo to be reserved for working artists certified by the city.

“The fix is in,” said Sean Sweeney, the director of SoHo Alliance, a neighborhood civic association.

Accusing officials of having “a preordained plan,” Sweeney added, “We don’t want the process at all.”

Driving residents' resistance to the plan is the suspicion that real estate interests are driving the rezoning. Property owners have formed a group called the the Fix SoHo NoHo Coalition. The members include the some of the city's biggest landlords and developers, including Vornado Realty Trust, Aurora Capital Associates, United American Land, Himmel + Meringoff, Crown Acquisitions and Olmstead Properties.

In an email to Gothamist, Jared Epstein, a coalition member who is a principal at Aurora Capital Associates, said, "The coalition came together to ensure there was a unified voice—representing commercial and residential property owners—advocating to make sure the City gets it right. We look forward to working with the BID and others to create a neighborhood-wide legal framework that gives certainty and predictably to those who live and work in SoHo/NoHo."

Andrew Berman, executive director of the Greenwich Village Society for Historic Preservation (GVSHP), which has worked on zoning and preservation issues across neighborhoods downtown, accused the city of catering to the real estate industry. City Planning, he said, denied a request by his organization to serve on the advisory board for SoHo and NoHo's rezoning. GVSHP has previously clashed with the city on zoning issues in the East Village.

"It's hard to have faith in a process guided by an entity that is excluding important stakeholders," Berman said.

The depth of that feeling was made clear last Wednesday during the city’s first public meeting, which became a chaotic scene as skeptical residents tried to make sense of the proceedings organized by city planning officials, Manhattan Borough President Gale Brewer, and Council Member Margaret Chin. 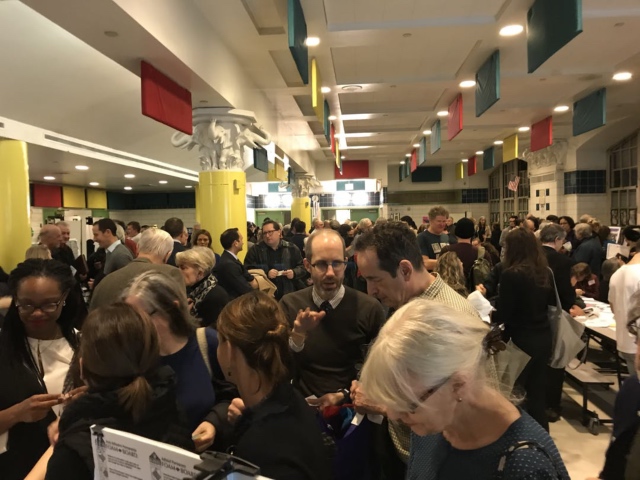 In a "Who's on first?" scenario, residents looked to city officials to take the lead while the latter punted back to the community. As Bowery Boogie reported last week:

The room was packed, hot, and facilitators were quickly overwhelmed with questions. Looking for real civic engagement, locals found themselves unwitting participants in what seemed a planning process without speakers or a clear agenda. The hand-out sheet from DCP, Chin, and Brewer’s office defined this “plan” in only the vaguest and broadest terms, and didn’t contain the word “zoning” or “rezoning.” Ironically, stakeholders were implored to divulge opinions or suggestions, yet had no idea what was really at stake.

Despite having become a shopping mecca, SoHo and NoHo remain mostly designated by city zoning for a range of light manufacturing and industrial uses. The last major rezoning was introduced in 1971, legalizing the residential use of about 1,000 industrial lofts, although over the years there have been additional tweaks.

The current zoning allows for a fair amount of density, according to Berman, with a maximum floor-area ratio of 5, which allows for mid-rise buildings. "By most measures, it was viewed as more than sufficient to allow development and change," he said.

The rules do impose restrictions when it comes to retail, however. Area retailers are not allowed to occupy spaces larger than 10,000 square feet. But over the years, retail stores, and most conspicuously, oversized retail, have managed to slip in.

In some cases, it is because retailers have creatively carved out loopholes. Last year, Assemblymember Deborah Glick raised the case of Hollister in a letter to the Department of Buildings, according to the Villager. The clothing company’s 37,500-square foot flagship at 600 Broadway evades the 10,000-square-foot rule by having one floor leased by Hollister, another by its parent company, Abercrombie & Fitch. 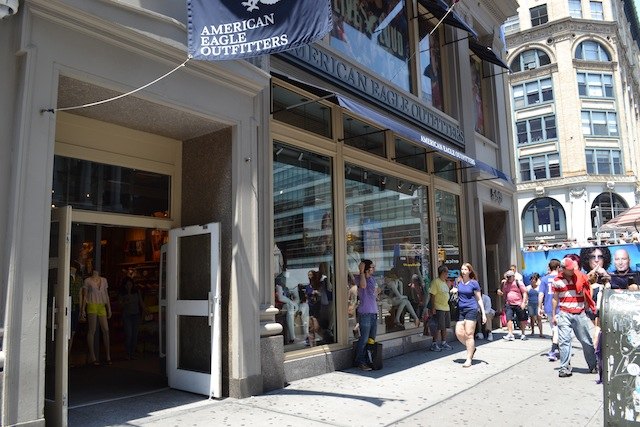 The more legitimate route for retailers seeking large spaces is to ask the city for special exemptions and one-off variances, which require a public approval process that ultimately winds up at the City Council. Elected officials have suggested that as among the reasons why the zoning needs to change. In a press release last month, Brewer said, “As the old rules have stopped working, the area has seen a steady march of special exemptions, one-off variances, and inappropriately large retail uses."

But Sweeney said residents prefer special exemptions because they grant the community more control. And while illegal uses abound, he and others have said that the answer should be better enforcement as opposed to a rezoning.

As in other parts of the city, retail vacancies abound, something property owners have blamed on the area's outdated zoning. "Big box retail has been strategically vilified by a select few," Epstein said. "Current rules are hurting small businesses, and it is street vendors operating illegally that create the largest quality of life issues in the high traffic areas of SoHo and NoHo."

While asking retail rents once soared as high as $860 per square foot, they have fallen recently to around $413 per square foot amid a citywide retail slump.

But some observers have viewed Soho as being a victim of high-rent blight, a phenomenon in which landlords hold out for unrealistic asking rents. For residents, greedy retail landlords are another reason to continue restricting retail uses.

Aside from retail, the real estate community has also homed in on the artists-in-residence rule, a vestige of the era when artists illegally inhabited the area's manufacturing spaces. Over the years, brokers and landlords have objected to the rule as being a hurdle for investors and apartment buyers and renters.

Those in favor of keeping the law intact have argued that while the rule is seldom enforced, it still serves as an important protection against eviction for longtime artists, who were granted rent regulation through the original 1982 Loft Law.

Property owners have maintained that they have no desire to kick out artists. "It should simply be legal to live in SoHo whether you are an artist or not," Epstein said.

He added: "Zoning must allow a free marketplace to determine what can be sustained, otherwise we will be in a situation where the neighborhood needs to be rezoned again in future years."

In response to a request for comment, Brewer issued the following statement: "I've repeatedly asked for better enforcement and that will definitely be one of our issues to consider. If residents have a specific desire, they should express it during the planning process, and especially the public meetings the group is conducting. We're all ears."

Similarly, a City Planning spokesperson said in a statement, "If there is one thing we know about SoHo and NoHo, it’s that there’s a wide array of interests and goals. We saw that on full display at our first meeting. Together with Borough President Brewer and Council Member Chin, we intend to engage with everyone—residents, arts and culture organizations, businesses and property owners, and historic preservationists—as we plan for the future of these vibrant areas."

Addressing the composition of the advisory board, the spokesperson added: “This inclusive 18-member advisory group has representatives from five groups that advocate directly for historic preservation, also affordable housing advocates, residents, business owners, and arts and culture organizations. As part of this engagement process, we will host a series of public meetings to ensure that all stakeholders have a voice.”

City Planning’s next public meeting on rezoning SoHo and NoHo is scheduled for February 28, at a location to be determined.

#noho
#rent blight
#retail
#soho
#zoning
#original
Do you know the scoop? Comment below or Send us a Tip
A new Gothamist is coming! We’ve moved comments over to our beta site. Click here to join the conversation and get a preview of our new website.