The Depressing Truth About NYC's Sewers 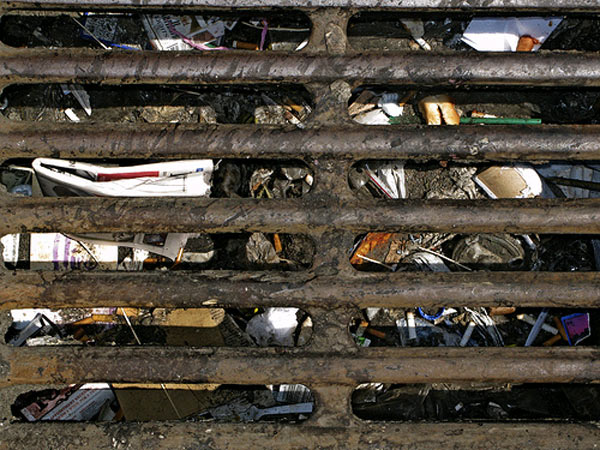 After Wednesday's drenching that caused the subways to melt down, terrible flooding, and sewage to back up into streets and into homes, officials are creating task forces for review what the hell is going on. But the sad truth is that NYC's drainage systems are complicated. The NY Times has a fascinating and frightening (if the ideas of lots of sewage frightens you) article that looks at the dirty secret of NYC's storm water drainage system.

See, the storm water drainage system and the sewer system were linked many years ago, so when there are heavy rains and the pipes are backed up, "millions of gallons of rainwater mixed with raw sewage are routed away from the city’s 14 sewage plants and toward a web of underground pipes that empty directly into the East River, the Hudson River and New York Harbor." Blech!

Some interesting facts from the article: Many American cities have combined storm water and sewage systems, but NYC's is the biggest. Also, on a normal, dry day, the Department of Environmental Protection treats 1.4 billion gallons of sewage over its 14 plants, and it can handle double its usual load in case of rain. "But as little as a tenth of an inch of rain coming very quickly can overload that system," which then can trigger "nearly 460 registered sewage outflows that empty directly into the city’s rivers and waterways." With the sewer system aging, one of the city's ideas is to create huge holding tanks for sewer outflow. But there's a lot of concern, from city and state officials as well as environmental groups like the Riverkeeper Group.

For the "history repeats itself" file, the Post reports that subway flooding is nothing new, as subway was shut down four times in three months back in 1913. A vintage 1913 Post article asked, "Is New York's subway to be flooded and traffic stopped every time an unusually heavy rain visits New York?"

Here's website about sewage history, and did you know that during the 2003 blackout, back-up generators at sewage plants failed so 30 million gallons of sewage were dumped into the East River?

Photograph of Broadway sludge by street stars on Flickr