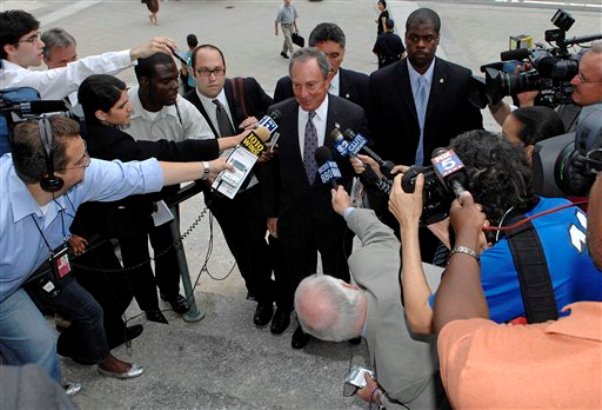 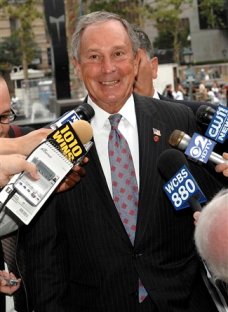 Mayor Bloomberg headed to jury duty this morning, with a smile, a number of bodyguards and press aide Stu Loeser. When he showed up to the waiting room for prospective jurors, apparently a woman called a friend and said he was there for the "same foolishness" as everyone else.

Outside the courthouse, the Mayor mused, "It's always more interesting to be on a jury than to just sit there. You wish that we didn't need juries, that there was no crime and no civil suits but the real world is people have to make decisions as to what's right and wrong." And the NY Times' in-house Mayor Mike stalker, Michael Grynbaum (who tracked Bloomberg's SUV-to-subway commute), writes in the CityRoom, "The mayor is being considered, along with 39 others, for a case involving a man who died from a rare form of cancer caused by asbestos."

It's unlikely that Mayor Bloomberg will be selected for a jury, but if he is, he'll be following in Rudy Giuliani's footsteps, who served as a jury foreman during his second term as mayor.

Some notable news stories about NYC jurors: In 2004, one juror claimed a nervous breakdown during a murder trial, a juror hid vodka in his water bottle, a prospective juror was arrested after pleasuring himself in a Brooklyn jury waiting room last summer, and one alternate juror was booted when he expressed concerns about the defendants - a group of "ornery" lesbians - possibly targeting him and his family.