The Celebrities We Deserve As Presidential Candidates In 2020 (And Beyond)

Up until November 9th, the idea of one of our brave celebs running for president, and winning, only seemed likely in toothless late-period Robin Williams movies. Now an actual stupid reality host who watches too much TV is president and amNewYork has suggested other slightly less dim celebrities could run. No disrespect to amNewYork or anything, but their picks play it far too safe, and fail to reflect the nightmarish reality of the kinds of celebrities who might actually feel empowered to run for president in the ruins of a post-Trump world. Behold then, the list of actual celebrities who will probably run for president in 2020 and beyond until the rising oceans finally put us out of our misery. 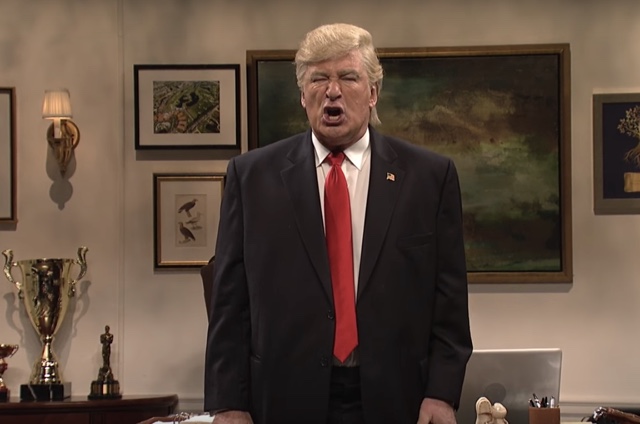 Ugh, this fucking guy. Doing a passable Donald Trump impersonation has rocketed Baldwin up the favorite celebrity charts for people who have "#TheResistance" and #StillWithHer" in their Twitter bios, despite being a short-tempered hater of the free press. The only logical next step for Baldwin cashing in during a Trump presidency is deciding to skip the "impersonation" and just take the guy's job. Look for his campaign to collapse when he punches Breitbart's Matt Boyle into a coma. 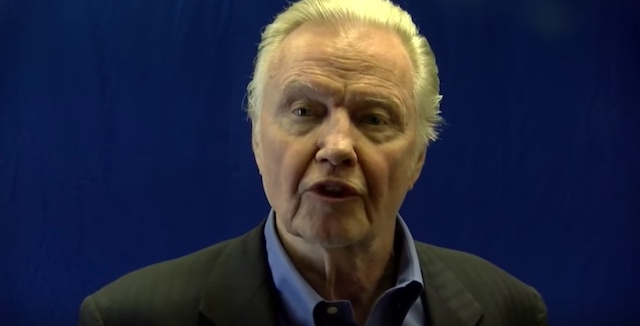 When Robert de Niro dared to pick on our alpha male president during the election and announced to the world that he wanted to punch Trump in the face, it was me, your handsome pal Dave, who suggested Jon Voight would issue the unhinged conservative celeb response in what I figured was a throwaway joke. Not to be all "I was right," but I was right, as Voight cut his own pro-Trump video where he ranted about political correctness and George Soros in front of a blue curtain. As one of the most outspoken conservative celebrities in Hollywood, Voight is a clear contender to carry on the blood-soaked vision of America coming apart at the seams that is so central to Trumpism. 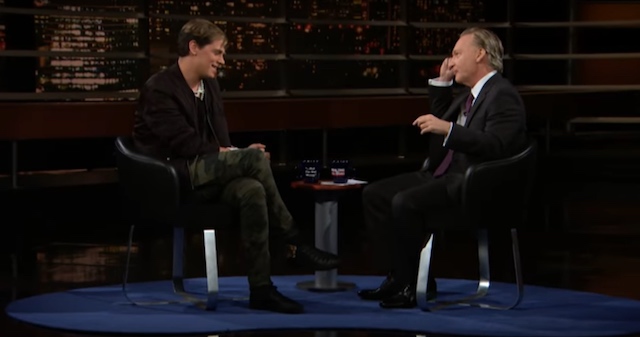 Well, not regular Bill Maher though. I'm thinking more like a Two-Face version of Bill Maher where half of him is Milo Yiannopoulos and he flips a coin to see if he says something covertly racist or overtly racist. Either way, people will no doubt find his candidacy very provocative. Honestly, anything to get him off of HBO for even a few months would be worth it. 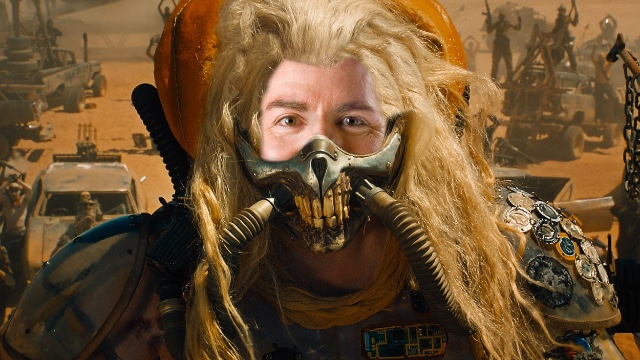 America loves pizza, and no pizza CEO in America does more to put himself in front of the camera like "Papa" John Schnatter. Add to that the fact that Papa boldly "makes no apologies" for his sinful wealth and his pizza being named the number one food of civil unrest, Schnatter could position himself as the man to help us survive whatever bad place we find ourselves in after Trump. Provided, of course, that Jon Voight doesn't just rip his head off at a particularly charged Republican debate. 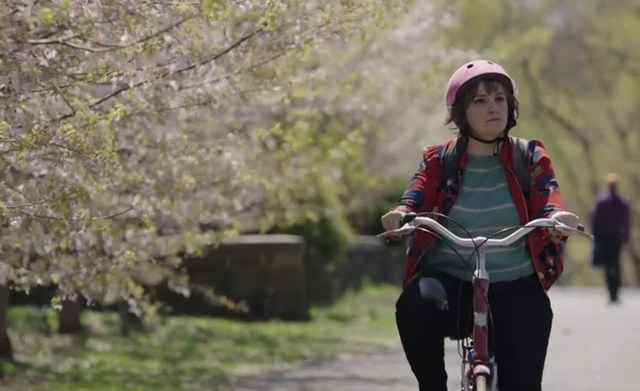 Who better to lose to Donald Trump in 2020 than someone who's been bandied about as "Why Trump won" over and over again? Dunham has a lot going for her in terms of a political campaign, including terrible metaphors and a personal history that would be red meat for the PizzaGate conspiracy crowd. 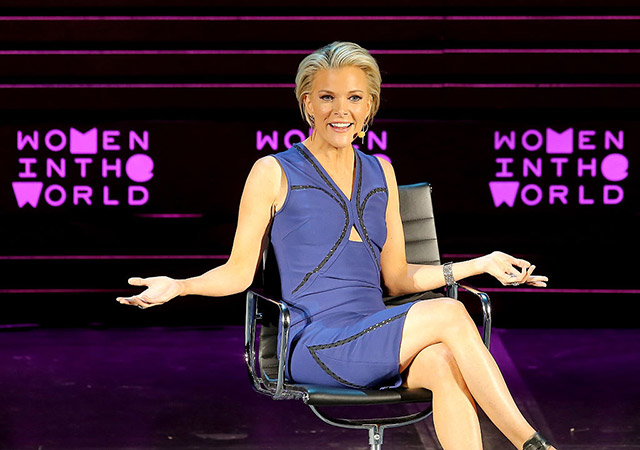 Megyn Kelly made a career out of racially-driven hysteria over the New Black Panther Party and uh, whether Santa Claus can be black. But then during the election she asked Donald Trump some tough questions and now she's Good. And sure she just so happened to replace two black members of the Today show staff after she signed her NBC contract, but don't let that distract you from the thrilling prospect of a Kelly/Trump debate. 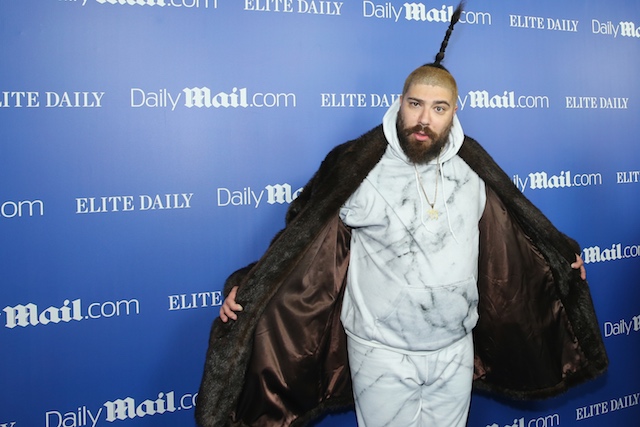 Given that PewDiePie is Swedish and therefore unable to run for president, we need another awful person from the internet. The Fat Jew seems perfectly comfortable talking a bunch of word salad about the modern economy, while also throwing his interns under the bus, two extremely important qualifications to be an awful celeb president. Plagiarism charges have sunk presidential bids and appointments before, but given that a buffoon with no political experience was able to literally just yell through multiple sexual assault allegations after he was caught bragging about sexual assault on video, I'm sure The Fat Jew can survive being nailed as a joke thief. 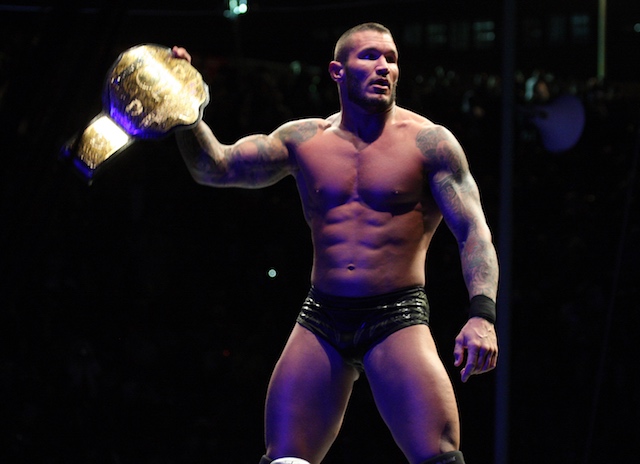 We've had a former wrestler as the governor of a state, and people are talking about the likes of The Rock running for president, so it's just a matter of time until we get our first grappler-in-chief. But while The Rock and John Cena have the kind of crossover appeal that make your more conventional political strategists swoon, we aren't living in conventional times. So may I present to you the frontrunner for the 2024 Republican ticket, Randy "The Viper" Orton. He believes all lives matter, he's taken a firm stance against devil worship and he loves the flag. Add to that the fact that he would be our swolest candidate ever and his chances to become president are up there with the phrase "Roman Reigns wins."