The arrival in Bushwick of the "hipsters," as they were widely known both among themselves and to the neighborhood's long-term residents, was a divisive subject. Community Board 4 district manager Nadine Whitted said she was put off by the newcomers at first, because she felt that Bushwick was already on the upswing without them. "I saw a change before I realized that the artists were here," she said. "The city had invested some money in our community, the state and the government. You had the homeowners who decided to stay after the blackout and were starting to feel more secure." Eventually, though, she came to enjoy the enthusiasm and fresh blood they brought, especially to the community board.

What was undeniable was that the arrival of newcomers with cash had a profound effect on housing costs. The average rent in Bushwick—including rent-regulated units, which made up about half of the neighborhood's rental housing—jumped from $498 to $795 between 1999 and 2007, according to New York University's Furman Center for Real Estate and Urban Policy. "It's happened so fast," Legal Services attorney Roberto Marrero told the Village Voice in 2007. "Rents were around $600; that was what owners got. Then all of a sudden, in the last couple years, they doubled. Everywhere people looked, owners were asking $1,200—like that was the magic number all of a sudden."

Whitted recalled a conversation with a police administrative aide who was looking for a two-bedroom apartment in Bushwick for herself and her children. "She said that she was willing to pay up to $1,500 a month. I said, 'That's a lot of money.' She said, 'I can't go beyond that, but I would pay up to that.' And she can't find a place." 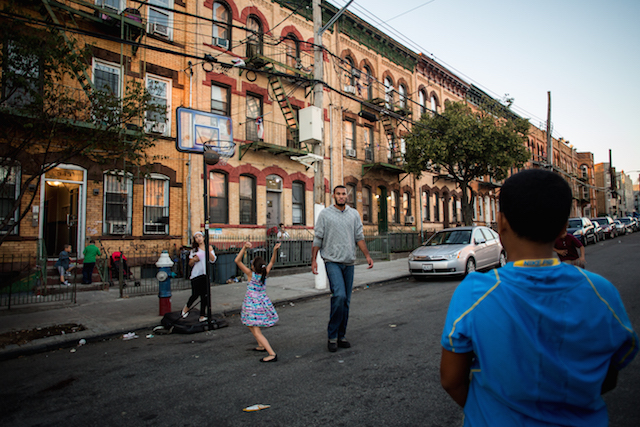 For Bushwick's many residents who depended on either low-wage jobs or government aid, meanwhile, the new housing price scale was a catastrophe. Faced with rising rents, some longtime residents doubled up, moving their families in with another family member, hoping to hold onto local apartments by cramming more people into a single, suddenly pricier unit. Others held on tenaciously to the apartments they already had—especially if they were lucky enough to be in rent regulated buildings. "You have people who've been in them for 25 years," Whitted said. "You have people who've been in them for 50 years, because it's a generational thing—my grandmother lived here, I live here now. So they're holding on. Even where you have the landlords who've changed hands over and over again, the tenants know more about the property than the owner, because they've been there forever."

The city and nonprofit groups were still promoting affordable housing construction, such as the Ridgewood Bushwick Senior Citizens Council's Renaissance Estates. Another nearby project, Rheingold Gardens, offered hundreds of apartment units and two-family homes, all at subsidized prices, on a former brewery site at the corner of Bushwick Avenue and Melrose Street. But for many of the longtime Bushwick residents, even subsidized rents were beyond their means.

"I don't use the word 'affordable,'" said Whitted, noting that even RBSCC's subsidized units were unreachable for large chunks of the neighborhood, which had a median income less than two-thirds of the citywide average. And even for those who could afford them, the number of available units came nowhere near meeting the need, especially as rents soared. "You get a 30-unit building that goes up, you got 3,000 people applying," said Whitted. "That's crazy."

The growing bevy of Bushwick housing advocates agreed. "If you're talking about people who are making $80,000, which is not exorbitant in the city of New York, then it's affordable housing," observed Sister Kathy Maire, sitting in her office in Central Avenue's St. Barbara's Church, whose pastor, Father John Powis, founded the Bushwick Housing Independence Project in 2004. "And certainly it's affordable to anybody that's been living in Manhattan and has gotten priced out. The real problem is that the people around here don't make $80,000, even if they have two incomes." Aside from public housing, Maire continued, "the only real affordable housing is in rent-stabilized housing. And that's the vanishing entity at this point, because as buildings get sold, either through foreclosure or because somebody can no longer keep up the mortgage payments, then the first issue of the new owner is to get the building vacant so that they can renovate and jack up the price."

The "vacancy bonus" had been a part of the city's rent regulations since 1971, but only kicked into full gear in 1997, when a battle in Albany over the future of rent control resulted in a compromise that allowed landlords to hike rents by 20 percent whenever an apartment became vacant—and by more than that for apartments that had been occupied by the same tenant for more than eight years. Once landlords recognized the potential windfall from getting rid of their existing tenants, tales of under-maintained buildings and outright harassment became commonplace. Bushwick consistently ranked number one in the city in serious housing code violations, with 193 per 1,000 rental units as of 2007, according to the Furman Center. Many of the complaints were about bedbugs, roaches, mice, or mold—helping spark an asthma rate more than double the city average—while others were for even more direct attempts to drive out tenants, especially in rent-regulated buildings. 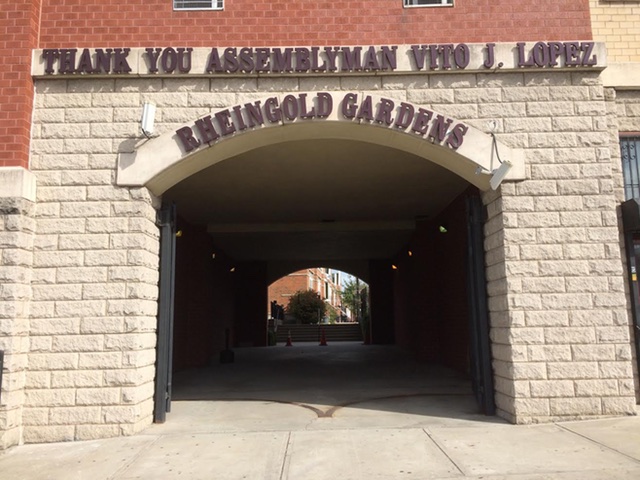 At one meeting of volunteer tenant organizers for the Bushwick Housing Independence Project, the stories poured out, in both English and Spanish. All of those present were in rent-regulated apartments, all with similar tales of landlord harassment.

"I have no cooking gas, and no hot water," said Luz Varela, a project board member and volunteer tenant advocate. "He's doing everything in his power to get me to up and move. But I'm not gonna budge." Finally, after she took her landlord to court, his lawyer claimed that the shutoff of services was a mistake stemming from a renumbering of apartments in her building. Another project volunteer, Hector Vazquez, said when his landlord renovated his bathroom, he made it too small to be usable: "You can't go inside. You have to go outside and go back in, like you're walking backwards. You can't even put your clothes on in there." Verela recounted that one woman she had counseled lived in an apartment on Troutman Street where all the other tenants had been bought out. "There's nothing around every other apartment—there's just beams. On top of that, he leaves the door wide open, people can come in and do anything."

All agreed that their troubles had only accelerated as neighborhood services improved and crime fell, making Bushwick more attractive to New Yorkers who could afford to pay higher rents. "I see a lot of change for the better," said Varela, noting that years ago her son had his neck slashed by drug gangs, something she no longer needed to worry about. "That's been pretty much cleaned up. But a lot of the way it's changing is they're trying to attack the people who've lived here."