The 5 Most Heated Local Races To Watch In Tuesday's Primary

If you had the foresight to register with a political party way back in October 2012, then tomorrow's your lucky day: YOU can vote in the primary. According to the Board of Elections, as of April Democrats outnumbered Republicans by at least 2.68 million to 441,000 in NYC, and conventional wisdom has it that the mayoral candidate who wins the Democratic nomination will handily win the general election. Earlier today we took a close look at our options for mayor, but what about the other hot contests? Here are five that we'll be watching very closely:

The Brooklyn DA's race: This one's just fascinating. District attorney Charles Hynes, 78, has been running the show in Kings County since 1989—Mayor Koch's last year in office. He wins every time in part because of solid support from Brooklyn's booming ultra-Orthodox Jewish community, which votes as a bloc, but this year he's been weakened by an avalanche of bad press, led by a series of scandalous investigative reports from the New York Times.

Critics say Hynes has failed to aggressively prosecute child molesters in the ultra-Orthodox community, his office has been blasted for an untold number of wrongful convictions, and the woman who ran his Gang Bureau for 16 years was fire for allegedly using the words "faggots" and "dykes" to insult co-workers, and calling a prosecutor "the head n----r." Hynes is being challenged by former federal prosecutor Ken Thompson, who rose to prominence as an Assistant U.S. Attorney working on the Abner Louima case, prosecuting NYPD officer Justin Volpe, and representing Nafissatou Diallo, the hotel housekeep who accused Dominique Strauss-Kahn of rape. Read a lot more about this pivotal contest here.

Brooklyn's 34th City Council District: Disgraced Brooklyn power boinker Vito Lopez was forced to quit the state Assembly in May for sexually harassing staff members. (He was also accused of talking to staffers about his sexual attraction towards a 14-year-old intern.) Now he wants to be the City Council rep for the district that includes Williamsburg, Bushwick, and Ridgewood, and he's bought enough loyalty in the area over the years to pull it off.

His posters are all over Williamsburg's Southside, where the neighborhood's "mayor" has been seen actively campaigning for Lopez, and he may have won the support of the ultra-Orthodox Zalonim sect of Satmar, which votes as a bloc.

Due to term limits, there are no incumbents in this race. Lopez faces his stiffest challenge from 30-year-old Antonio Reynoso, who told the Times that when his campaign workers "tried to knock on doors at Lindsay Park, a 2,700-unit co-op complex and beneficiary of Lopez assistance, security guards warned them that only workers for Mr. Lopez could enter."

Reynoso, also a Democrat, was formerly Councilmember Diana Reyna’s Chief of Staff, and has the endorsements of almost all the mayoral candidates. 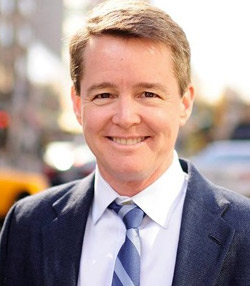 Current City Council Member Gale Brewer is leaving office due to term limits (she's running for Manhattan Borough President), and she's set the bar high for her successor—among her many achievements, Brewer championed the paid sick leave legislation that was eventually passed.

Naturally, the heavily liberal Upper West Side has a large crop of Democratic candidates: Ken Biberaj, a VP at the Russian Tea Room; Aaron Braunstein, a boxing promoter and Natasha Lyonne's dad; Debra Cooper, a Democratic State Committeewoman; Marc Landis, a real estate attorney; Noah Gotbaum, co-founder of New York Cares; Helen Rosenthal, non-profit chair; and Mel Wymore, a systems engineer and chair of Community Board 7. (West Side Rag has an exhaustive guide to all the candidates here.)

Landis has many union endorsements (like that of SEIU 1199). Wymore received endorsements from the Citizens Union (PDF) and NY Times, which didn't even mention that Wymore would be the Council's first transgender member if elected. (Jen Chung) 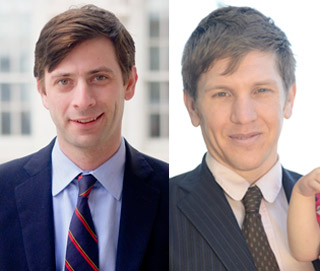 It's a yupster slap-fight in this tony district, which includes Brooklyn Heights, Greenpoint and parts of Williamsburg. Democratic incumbent Steve Levin is being challenged by Stephen Pierson, a community board member who founded Canteen Arts, a non-profit that runs after-school tutoring programs for underserved youth in writing and the visual arts.

Levin has established himself as an advocate for community safety, decreased fines for street vendors, participatory budgeting and Sunday brunch. His opponent, however, argues that Levin lacks transparency and alleges that Levin may have known about the improper sexual misconduct committed by his former boss, Vito Lopez.

Pierson has been endorsed by Rep. Nydia Velazquez, while Levin boasts the support of many unions and City Councilmember Jumaane Williams, among others.

Manhattan's 3rd Council District: Goodbye Christine Quinn, hello... oof, this one really could go either way. The Chelsea district has been represented for the last 14 years by Quinn, and now two candidates are fighting bitterly to fill the vacuum. The two Democratic candidates, like Quinn, are both gay, and agree on many of the issues. But the battle between Corey Johnson, 31, a community board chairman, and Yetta Kurland, 45, a civil rights lawyer, has gotten nasty as the race comes down to the wire. 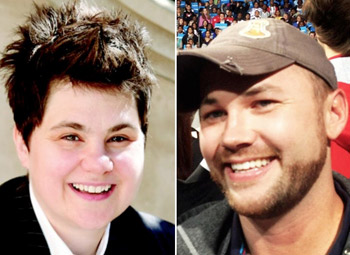 Both candidates oppose the Spectra Gas pipeline and say filling the void left by the closure of St. Vincent's hospital is a priority. Both talk a lot about "affordability and eduction." But the Times reports that their common ground hasn't meant a civil race; a political action committee supporting Johnson "has sent out mailings accusing Ms. Kurland of having mistreated employees at a language school that she founded" and exploiting low-wage workers.

Kurland claims the allegation stems from a former disgruntled employee who abused the school's sick days and then launched a smear campaign in Crain's. Not to be outdone, Kurland's campaign sent out a mailer informing voters that Johnson worked for a real estate corporation that "spent tens of thousands of dollars backing extreme politicians who oppose equal rights for gay New Yorkers." Johnson says he did community outreach for the company, GFI, and that the "political contributions were completely separate from anything I was doing."

Decide NYC also offers very thorough coverage of every single race up for a vote Tuesday.

#Election 2013
#election guide
#politics
#original
Do you know the scoop? Comment below or Send us a Tip