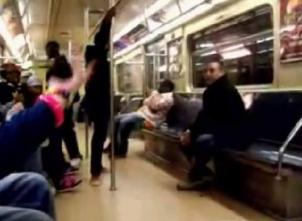 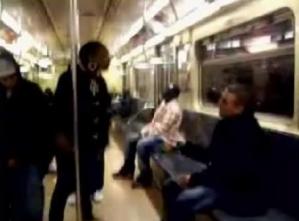 The unofficial first and second rules of sane subway rides might be "Do not talk to anyone" and "Don't look anyone in the eye." The Smoking Gun found a crazy video of an adult being beat up by a group of teenage girls on an A train. The adult, who is white, was somehow roped into a shouty exchange with the girls, who are black, and high school student Kadejra Holmes filmed the exchange, which culminates the man getting a beat down.

As seen in the clip, the group of girls taunted and threatened the seated male rider as the train moved from the Ralph Avenue station to the Rockaway Avenue stop. As members of the group inched closer--and threatened to strike him--the man remained calm, asking the girls, "Why are you arguing? Please stop, stop." As the train pulled into Broadway Junction, a girl off-camera could be heard predicting, "They gonna hit him, I know it." Within moments, the man, who had stood up, was shoved down and pummeled by members of the gang. As the tape ends, the victim--who was also struck in the face with a plastic soda bottle during the assault--is continuing to be struck by two of the girls. 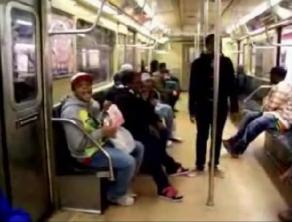 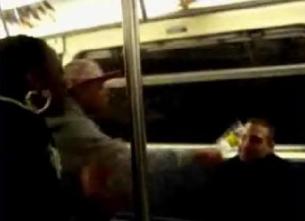 Holmes told the Smoking Gun she was not part of the group who beat up the man, but then pulled the video from YouTube afterwards. The Smoking Gun has the video on its site and notes that Holmes originally named it "jump up to get beat down," perhaps a reference to Brand Nubian's "Punks Jump Up To Get Beat Down" (the video "featured members of the rap group throttling various unfortunate opponents, two of whom get their bloody comeuppance in a subway car"). 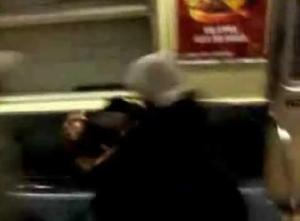 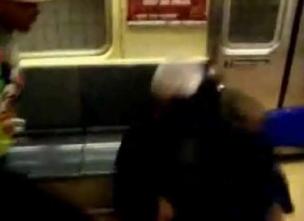 We recently saw a woman slap a male rider on the face, believing he deliberately pushed her (it was a crowded train), and have heard that an inquiry over a subway seat led to a woman-on-woman beating. Yes, folks - subway ridership is at all-time record highs.