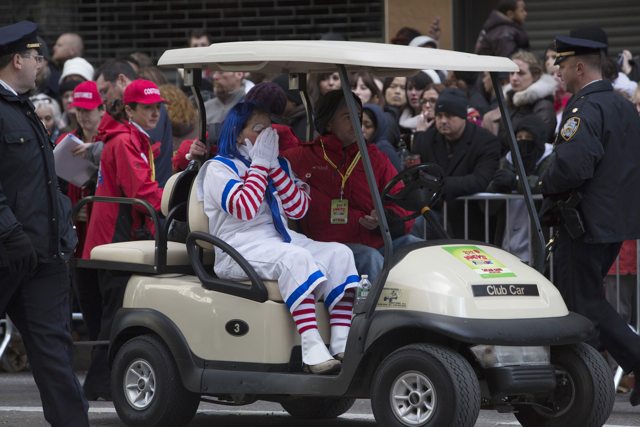 While Macy's Thanksgiving Day Parade was a joy-filled event, one of the clowns walking along the parade route collapsed and died. Robert Blasetti, 67, of Yonkers, fell at 6th Avenue and West 39th Street.

Blassetti and his wife Irene were both dressed as clowns and were making balloon animals. A witness told the Post, "All of a sudden he collapsed and fell on his back. People came to him right away. It didn’t look like he was breathing. People started pumping his chest."

Blassetti suffered a heart attack and was pronounced at St. Luke's-Roosevelt Hospital. The Post also notes, "There were conflicting reports about how long it took an ambulance to get through the clogged streets to Blasetti... Some spectators said it took a long time, but a Macy’s spokesman said it was there 'within minutes.'"

A civilian NYPD employee also died during the parade; according to the Daily News, Charles Sutton, 58, was towing a car along the parade route and also suffered a heart attack. He was also pronounced dead at St. Luke's-Roosevelt.

#clown
#clown death
#macy's thanksgiving day parade
#tragedy
Do you know the scoop? Comment below or Send us a Tip