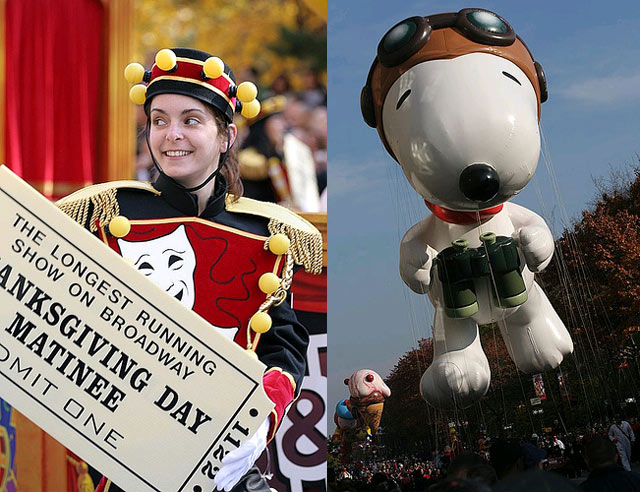 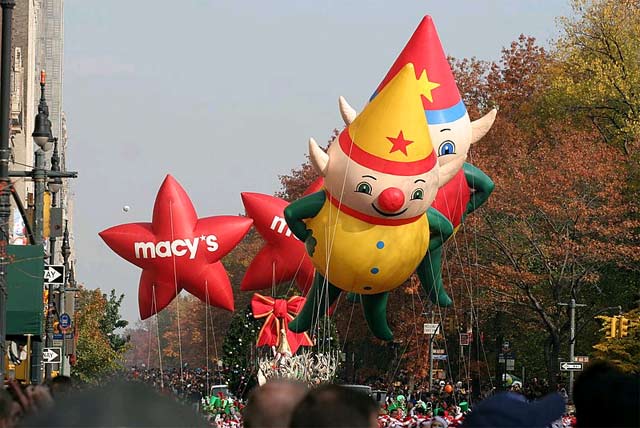 Some people waited since 4AM in hopes of catching a glimpse of their favorite performers, who included Dolly Parton, Wynonna, the cast of Legally Blonde, American Idol winner Jordin Sparks, Good Charlotte, Menudo (really!), the Rockettes and High School Musical's Ashley Tisdale. Still, the balloons made a big splash. The Daily News reported that 6-year-old Miles Pinnock "howled," "Scooby Dooby Doo! I love you!" Awww!

Ira Monko and hockeypuckproductions on Flickr have great photographs from the parade. Were you there? Email them to photos(at)gothamist(dot)com or tag them on Flickr with "gothamist" so we can see them!