Thanks, Sweet Government Incentives! <br>Chase Will Be Building at Ground Zero 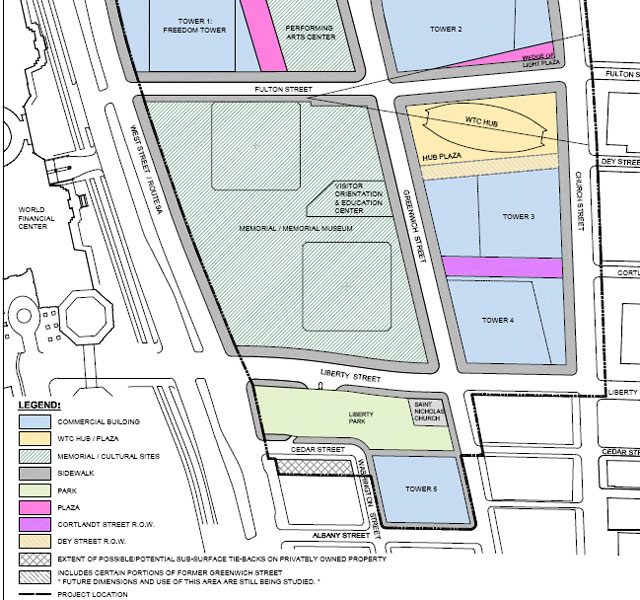 After months of negotiations, JP Morgan Chase will announce plans to build a 42-story tower at Ground Zero. Government officials had been trying to entice the third-largest bank in the world to move downtown, as a sign the area would flourish once all the construction is complete. Chase wanted incentives and subsidies, much like the $650 million Goldman Sachs incentive deal, in order to be convinced to move downtown, but officials were wary. From the NY Times:

Officials in both the Spitzer and Bloomberg administrations have privately renounced the Goldman deal, blaming former Gov. George E. Pataki. They wanted to avoid similar recriminations in coming to an agreement with Chase.

One official familiar with the Chase deal said that the city and the state ultimately agreed to provide the bank with tax breaks, discounted electric power and rent subsidies worth about $100 million, most of which are available to tenants moving to the trade center site.

But it depends on how the dollars are counted. For example, Chase will get a rent subsidy worth about $50 million a year for about 15 years, or $5 a square foot for 750,000 square feet. Tenants at the developer Larry Silverstein’s recently rebuilt 7 World Trade Center got the same deal.

JPMorgan Chase will pay the Port Authority $300 million for a 99-year lease.

The bank will keep its world headquarters at 270 Park Avenue, but will move its investment bank headquarters from 277 Park Avenue to the new $1.3 million office tower. The building would be partially situated on the spot where the Deutsche Bank sits. The Daily News reports that the new tower will open in 2013.