Remember when the Statue of Liberty was suddenly evacuated back in April over reports of a "suspicious package"? 3,200 visitors to Liberty Island were forced to leave en masse as investigators assessed the threat. Four months later, it turns out it wasn't a suspicious package but a 911 call from someone who claimed to be an "ISI terrorist" and warned that "we" were going to "blow up" the Statue of Liberty. Federal authorities now say the so-called ISI terrorist is actually Jason Paul Smith, who was arrested yesterday in Lubbock, Texas. 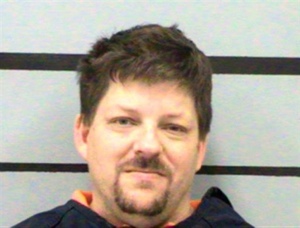 On April 24, 2015, Smith initiated a call to the emergency 911 system (the “911 Call”) from his iPad using a service that assists hearing-impaired individuals with making and receiving telephone calls (the “Service”). In the 911 call, Smith identified himself as “Abdul Yasin,” described himself as an “ISI terrorist,” and threatened that “we” are preparing to “blow up” the Statue of Liberty.

Law enforcement officers responded to the threat that Smith conveyed in the 911 call, and conducted a sweep of the areas in and around the Statue of Liberty and Liberty Island with the aid of canine units trained to detect explosives. Canine units alerted to the area of the visitor lockers at the base of the Statue of Liberty, prompting law enforcement officers and emergency responders to evacuate the more than 3,200 people who were on Liberty Island at the time. Subsequently, the threat conveyed by Smith was determined to be unfounded.

The iPad registered in Smith's name has used the service to make other 911 calls, including at least two calls in May 2015 from a user who identified himself as “Isis allah Bomb maker” and who threatened to attack Times Square and kill police officers at the Brooklyn Bridge.

Smith, who was convicted of making fake threats 2001 and in 2006 in Virginia, was charged with one count of conveying false and misleading information and hoaxes, which carries a maximum sentence of five years in prison.

#bomb hoax
#bomb threat
#Jason Paul Smith
#statue of liberty
Do you know the scoop? Comment below or Send us a Tip