"Ten Plagues" of the Subway Set Forth by Straphangers 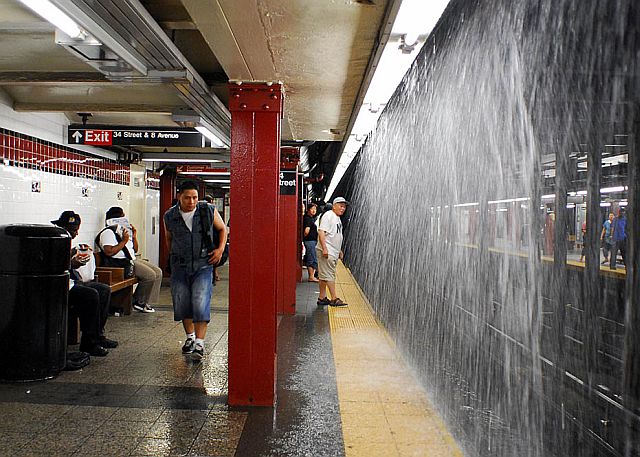 Photograph by Sacha Lecca, which Gothamist published in 2006. Today it’s on the cover of amNY.

Flooding. Crowding. Filth. These are just a few of the “ten plagues” being visited daily upon New York commuters, according to transit activists at the Straphangers Campaign. Unlike the ten plagues that cursed the commute of ancient Egyptians, New Yorkers have – so far – been spared swarms of locusts on the L; though bed bugs have been sighted on subway platform benches.

Gene Russianoff, lead gadfly for the Straphangers, tells amNY that he’s already been “chastised for leaving out rats, cockroaches and subway preachers.” But watching your train pull away just as you get to the platform made the top ten, as did commuting with children. A spokesman for Pharoah – er, MTA – responded to the plague list by reminding commuters that they're continuing to work hard to serve “the greatest city in the world.” And at least when the subway floods it isn't blood in blood. The Straphangers' full plagues list after the jump.

The Straphangers Campaign thinks there are many other challenges frequently facing riders in the subways. So we are releasing our list of "ten plagues of the subways." Bedbugs don't make the list. While city transit has improved in many ways, riders must deal with these problems all too often. These are the subway curses of:

But what about 'Dead rat in the change chute' of the Metrocard machine'?