A 16-year-old girl was found shot in the head in a Bronx apartment last night, and police are looking for a man who lives in the same building.

According to the NYPD, officers responded to a 911 call about a shooting inside apartment 4M at 306 East 171st Street at 6:14 p.m. When they arrived, they found the girl with a gunshot wound to the head. (The Daily News says she was shot in the mouth.) EMS pronounced the girl dead at the scene. 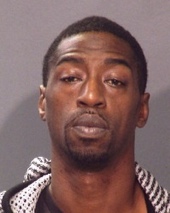 , "Investigators said there were several people inside the apartment where the girl was found when the shooting occurred, but so far no gun has been recovered from the scene. None of the people at the scene is expected to be charged."

It seems investigators have been getting conflicting accounts. The victim was apparently visiting the apartment from Brooklyn, and, per WCBS 2, "Investigators spent most of the night combing the apartment for evidence because it was not clear whether the gunshot was self-inflicted or if the girl was a homicide victim."

Early this morning, the NYPD asked for the public's help in locating Dale Weston, 42, who lives at 206 East 171st Street and is wanted for criminal possession of a weapon. He was last seen at 6:06 p.m. inside his apartment. Police describe him as 6'3" and 190 pounds with brown eyes and short brown hair, last seen wearing a blackwaist-length jacket and blue jeans.