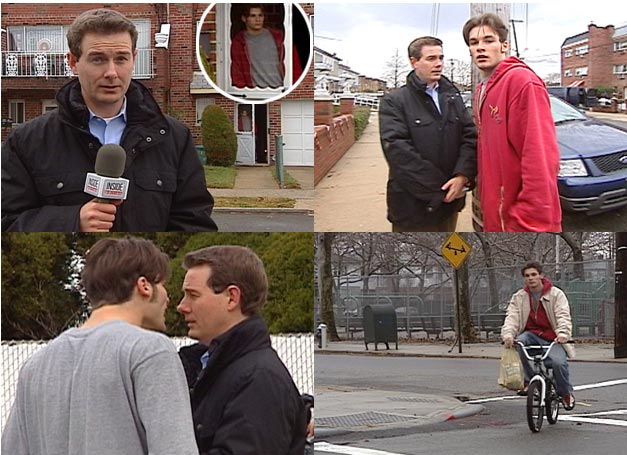 A 19-year-old male model flew into a rage yesterday after a Daily News cover story sparked a media frenzy outside the Ozone Park home he shares with his 37-year-old lover, a former teacher who is suing the city for firing her over the affair. WCBS has video of the teen tantrum, which features Hugo Boss model Joshua Walter charging from the house in slippers, clapping his hands and yelling "Leave! Get the f--- outta here! Find someplace else to take pictures."

Police were called after he shoved a cameraman while shouting, "You want to see assault? Turn that thing off!" Inside Edition, naturally, would not comply, and their website has a cute photo of Walter riding his bike home from the store looking mad. 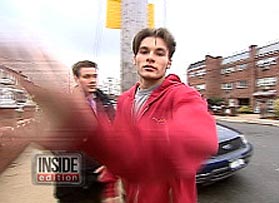 The Department of Education fired Walter's lover Gina Salamino last summer, even though Salamino never taught Walter (outside of the bedroom, that is, ho ho.) Her lawyers claim that, essentially, he was not a student because his modeling career had kept him out of school by the time their affair began, when he was 17.

But officials say it doesn't matter that Walter rarely attended class; he was in fact a registered student when the couple got involved. According to the Post, Walter initially told investigators he considered Salamino "an older sister," but later admitted that he "frequently had sex with her."

No arrest was made in yesterday's "model melee," but since there's obviously no more important news story at the moment, the wall-to-wall coverage is sure to make him snap sooner or later. Or maybe Diane Sawyer can get a heart-to-heart before he runs over the paparazzi on his bike? Stay tuned during Thanksgiving!