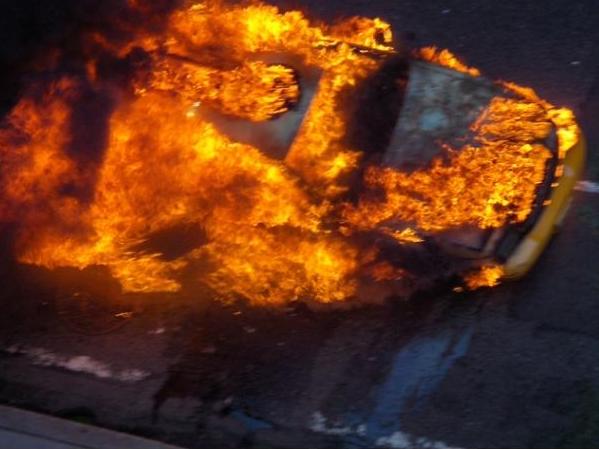 A cab caught fire on West 50th Street between 5th and 6th Avenues. A reader says the "entire neighborhood stinks of 9/11." It's unclear how the cab caught fire and exploded, but we do know that there are dueling WNBC reporters taking pictures: Consumer Reporter Asa Aarons has some photographs at WNBC.com and the picture above is by Government Affairs Reporter Melissa Russo!

It's unclear if anyone was injured.

#9/11
#affairs
#fire
#government
#Melissa Russo
#News: NYC
#pictures
#wnbc
Do you know the scoop? Comment below or Send us a Tip