A 20-year-old woman is in critical condition after being struck by a taxi driver in Midtown Manhattan yesterday.

The incident happened when the unidentified pedestrian was crossing W. 57th Street at Eighth Avenue around 5:30 p.m. on Saturday. A driver in a yellow SUV struck her as he made a right turn onto Eighth Avenue.

The woman was taken to Weill Cornell Medical Center, where she was listed in critical condition. Officials told the News she is likely to die. 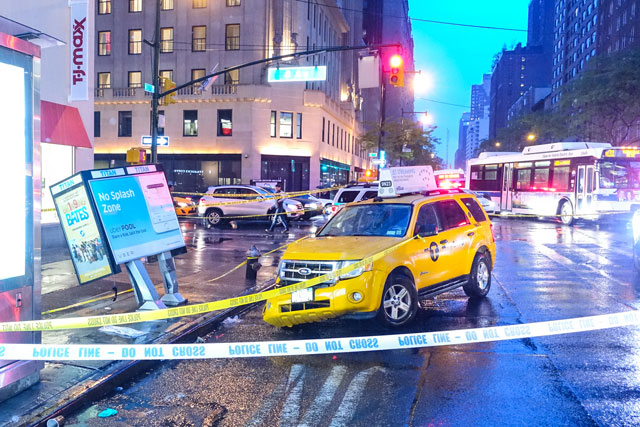 The cab driver, who has been identified as 29-year-old Babul Miah, stayed at the scene. Miah, who had only been licensed to drive a cab for a year, was arrested and charged with failure to exercise due care and failure to yield to a pedestrian (part of the new Right-of-Way Law).

#cab
#cis
#manhattan
#midtown
#taxi
#original
Do you know the scoop? Comment below or Send us a Tip
A new Gothamist is coming! We’ve moved comments over to our beta site. Click here to join the conversation and get a preview of our new website.