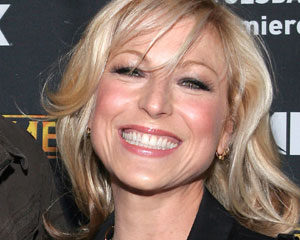 Actress Tatum O'Neal hasn't kept her battles with addiction a secret, but just when things in her life seem to be on the straight and narrow, the NY Post is reporting she got busted buying crack and cocaine on the Lower East Side. Seems the neighborhood still has its drug roots, the addicts just have Oscars on their mantles now.

Last year O'Neal landed a role on Rescue Me playing Denis Leary's alcoholic sister, and reportedly nailed down some other on-screen work as well; she credited her turn-around to leaving Los Angeles. So when she was caught just blocks from her Lower East Side luxury condo buying drugs at 7:30 p.m. last night, she told the officers "I'm researching a part - I'm doing this for a part."

"The source said detectives found a pipe on O'Neal, daughter of actor Ryan O'Neal. The pipe and screen were clean.

"Then she said she'd been clean for two years, and that she'd just came out today," the source said.

"Can't we just forget about this?" the sources said she begged detectives.

The now 44-year-old O'Neal first burst onto the scene in her Oscar-winning role in Paper Moon at just 10 years old, but was also being raised in a chaotic, drug-fueled atmosphere. After her divorce from John McEnroe in 1992, he received custody of their three children as O'Neal developed a heroin problem.

#addiction
#arrested
#busted
#coke
#crack
#drugs
#heroin
#LES
#Lower East Side
#Tatum O'Neal
Do you know the scoop? Comment below or Send us a Tip