Police are looking for a group of diners who allegedly beat and stabbed two employees in a Queens Taco Bell after being asked not to sit on the counters.

The group of five assaulted two employees, aged 21 and 22 years old, at a Taco Bell located at 91-01 Atlantic Avenue in Woodhaven around 9:45 p.m. on Sunday. The suspects allegedly beat the 21-year-old victim and stabbed the 22-year-old victim twice in the torso. The 22-year-old employee was rushed to Jamaica Hospital and is in serious but stable condition, police say.

According to police, the group fled eastbound on Atlantic Avenue in a black SUV taxi and were dropped off near Jamaica Avenue and 132 Street. 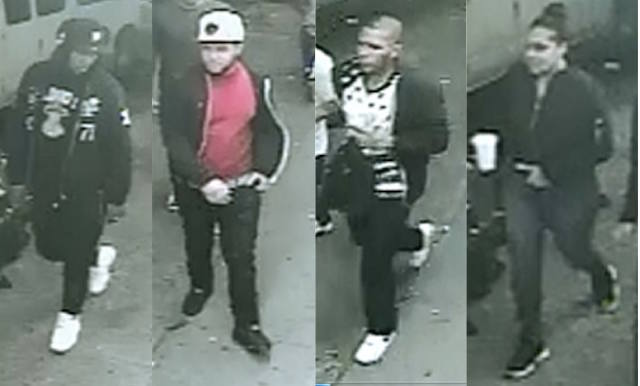 Four suspects have not yet been identified. (NYPD)

One of the alleged attackers, Erickson Cepeda, has already been arrested and charged with assault and gang assault. Cops are now looking for his four companions, who police described as three men and one woman, all between the ages of 22 and 28.

#assault
#stabbing
#taco bell
Do you know the scoop? Comment below or Send us a Tip