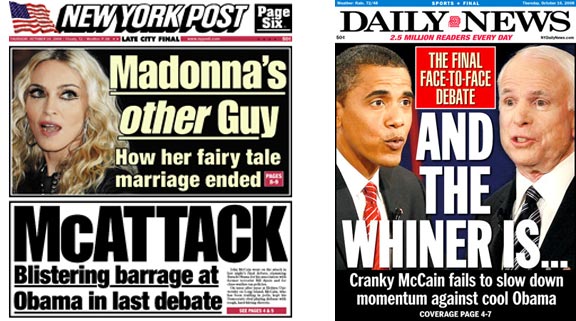 The Daily News makes it clear that it thinks John McCain was a whiner during last night's debate. And it's no surprise that the right-leaning NY Post thinks he was on the attack--but how much of a third debate victory did he score if he has to share the cover with Madonna and Guy Ritchie? (OMG, A-Rod went to Yom Kippur services with Madonna and the kids--no Guy--last week!)

But we are shocked no one wanted to use this amazing Reuters photograph from after the debate--according to the caption, McCain was "reacting" to "almost heading the wrong way off the stage after shaking hands with" Obama. 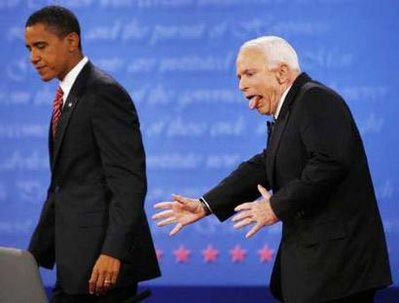