Sydney Leathers Speaks: Weiner "Not Who I Thought He Was"

The college sophomore who carried on a sexually explicit Internet and telephone relationship with would-be mayor Anthony Weiner gave her first television interview to Inside Edition yesterday. Are you sitting down? According to 23-year-old Sydney Leathers, it turns out that the man who was forced to quit Congress because of his crippling sexting addiction is kind of a creep! "It literally disgusts me. It makes me feel physically ill,” she said. “I feel sick about it. I’m disgusted by him. He’s not who I thought he was.” When you're ready to raise your face from your palm and face the world, here's a clip:

Leathers, who hails from the small town of Princeton, Indiana, also said that the online relationship left her feeling badly hurt. She says that not only did Weiner promise to buy her a condo in Chicago and romp with her there, but he also told her he loved her. She felt the same way. “I cared about him a lot," Leathers said. "He was very important to me."

According to Leathers, Weiner sent her a grand total of two cockshots and no other photos. This all went on for several months starting in June 2012, a year after Weiner resigned in disgrace and around the time he did his first image-rehabilitation magazine feature in People. But as he was posing for photos with wife Huma Abedin and baby boy Jordan, Weiner was also again with the sexting, with at least three other women, Weiner admitted yesterday. 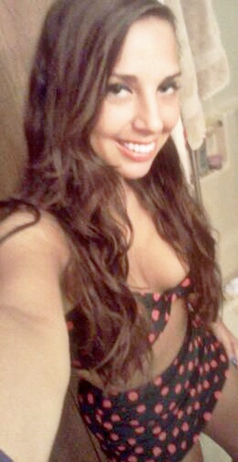 Asked if Weiner perceived his relationship with Leathers as a threat, Leathers said, "Of course... He suspected that this could happen but he didn't do a lot to protect himself from it. He was making these campaign promises that he had totally changed and he was a better man now and he had learned from his mistakes, and I am proof that that is not true." Oof.

Leathers also apologized to Abedin "for my part in the hurt and pain that she’s obviously feeling right now." But an anonymous former friend of Leathers tells the Daily News, "She knew exactly what she was doing. Sydney plays victim best. She is not the victim here... He is obviously weak and she has nothing to lose by this, but he does. They are both morons."

Inside Edition paid Leathers an undisclosed sum for the exclusive. And there's more where that came from. Freakshow entertainment manager Gina Rodriguez, who manages “Tan Mom” Patricia Krentcil and once managed Nadya Suleman, better known as “Octomom," is now representing Leathers for her inevitable career as a reality TV trainwreck.