Sydney Leathers burst into the public consciousness after it was revealed that mayoral candidate and former Congressman Anthony Weiner had been sexting—again. Their online contact began just before his July 2012 People interview, during which he indicated he was "very happy in his present life," rebuilding his relationship with his wife and focusing on his son. Leathers, a 23-year-old politics junkie in Indiana, has now discussed having phone sex with Weiner on Howard Stern's Sirius XM show and done a sexy photo shoot (with a NSFW video) for Vivid Entertainment. But she wants you to know she's "just this dorky, nice girl from the Midwest." The question is whether you will believe her.

"The whole fame whore thing" is a giant misconception, she told us. Yes, she has had sugar daddies, but took pains to emphasize, "I did initially try to release everything anonymously, and my identity got leaked without my permission. I didn’t confirm or deny or anything like that, and also if I was really looking to make big, big money out of this wouldn’t I have sold those penis pictures and all of our exchanges? I gave all of that to Nik Richie from The Dirty for free."

However, Leathers did admit to taking paid gigs after her identity was revealed, explaining, "Once your face is out there, you’re kind of forced to speak for yourself. Otherwise you have kids who you knew from fifth grade commenting on you, you know, which has literally happened to me—I’m like, we went to elementary school together, you know nothing about me!" 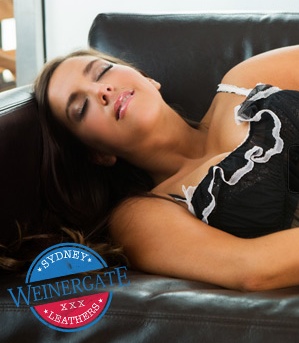 Leathers repeatedly emphasized she was just a small town girl: "I try to keep up with politics on a national scale you know, not just in my little conservation area. And I've said before—that's part of the reason I didn't fit in here—kids around here, or you know young adults, whatever—they don’t care at all about politics, they care about going out and partying. I barely drink so I’m at home watching Real Time with Bill Maher on Friday night."

Maher actually mentioned Leathers on this past Friday's show and how she's said her heroes are President Obama first, Maher second and Anthony Weiner third. Leathers saw the show and told us, "I swear to god my heart skipped a beat. I was like holy shit that is amazing... I was dying, I'm blushing right now. I adore him."

The politicians that Leathers admires are a who's who of progressive liberals, "I love Elizabeth Warren from Massachusetts, I love Alan Grayson in Florida, Bernie Sanders from Vermont." She added, "Obviously Nancy Pelosi is a hero of mine, just because how amazing is it that she was the first female speaker of the House and you know she's vilified so much because of the power she has and the fact that she's a woman."

Her main interest in politics is women's rights, specifically women's health rights. Leathers said she attended one of the protests at the Texas State Capitol last month to stand with Wendy Davis and protest the restrictive House Bill 2, "With all of the deplorable rape comments that we've heard from the Republicans in the last couple of years, it just becomes more important to me that we don't set back the clock." 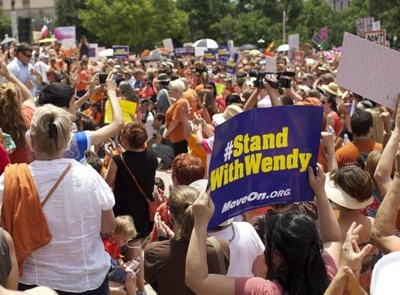 She's not fond of how some of her fellow millennials approach politics. With a laugh, Leather said, "I don't want to get myself in trouble, but I feel like a lot of young people get sucked into this Libertarian ideology, and it really bother me because they're all like 'Oh, legalize weed,' like that's the most important thing in the world. And I don't have a problem with pot—I've been open about that—but that should not be your number one issue.

"I feel affordable access to birth control and not having sky high interest rates on your student loans—just like issues like that should be way more important that issues like pot." She laughed again, "I don't really buy into the idea that everything Ron Paul says is golden like I feel like a lot of young people do right now, but then again I live in a weird area."

But onto NYC's odd election year: Leathers has already expressed her disdain for Weiner's mayoral run, noting that he'd be too busy jerking off to govern. "I do like Christine Quinn a lot," declared Leathers. "I certainly don't think she has the impulse control problems that Anthony has, or Carlos Danger has." However, she does agree that Weiner has a point about overturning term limits, "That is something that's not good on her record. I hate to side with him on that... But I will reiterate that I don't think she has impulse control problems like I think he does, and I think she would be a more fit leader. Again, that's just my opinion."

As for another hot topic in NYC, Leathers says she's against stop-and-frisk police tactics, deeming it "racial profiling...I just find it kind of appalling to be honest." And what about former governor Eliot Spitzer running for Comptroller? Leathers cooed, "I love Eliot Spitzer. When it comes to economics, there is no one I love to hear talk like Eliot Spitzer—seriously! You get really mad when you hear about Citizens United and when you hear him break it down, you almost want to be on his side, he's so good." 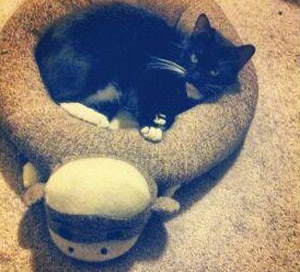 Other than her enthusiasm for politics, she's like most young twenty-somethings: She uses Instagram and Twitter apps on her phone (she has a Samsung Galaxy S4 and just got an iPhone) and also loves Pinterest ("I use that for nail art or beauty tips, girly stuff"). She hopes to move to California some day—she'd be happy with either Los Angeles or San Francisco—but worries about leaving her father and brother, because they are all very close.

She dotes on her cats: Oliver, a black cat she rescued when he was days old, and Edith, a tuxedo cat she got at a PetSmart adoption event on her 23rd birthday last year. "I went in there to get stuff for Oliver, not even planning to get a pet, and she just melted my heart," Leathers recalled. "I love my cats they're like my kids, I sound like a crazy cat lady I know."

Leathers doesn't deny she treaded into racy waters, "There is a sexy side to me, or whatever, but that doesn't take away from the fact that I'm a genuinely nice person. I get cast as this evil harlot, and I'm really not. Usually when people talk to me, they're like ‘you're nothing like what I expected you to be.'"

The weirdness of the situation isn't lost on her, that her intense online relationship with Weiner emerged after she sent him a Facebook message telling him how she was disappointed in him. "He poked me out of nowhere and then he started telling me he was so sorry he let me down and complimenting me, and then it just started, slowly turning into this other thing that I wasn't even intending it to be," Leathers said. "And when someone's you're hero and they treat you like that and it's out of nowhere, it's flattering. I felt special, and I know that's stupid, but I was just young and naïve and it felt special." 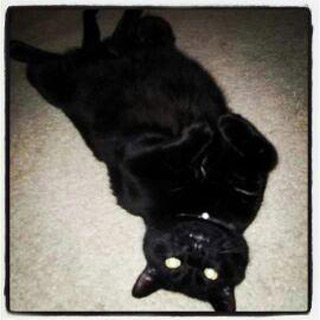 The fact that Weiner started sexting her "of course seemed odd, but I still was so sucked into the idea of 'this guy's so wonderful—I can't believe he would ever pay attention to me. He's so kind to me.' I don't know, it's just embarrassing how I looked at it. I was like a smitten little child.

"I know I wasn't 17 but I was only 22 when I started talking to him," Leathers continued, "but we all do stupid things and I'm going to keep doing stupid things, but you hope you do less of that as you get older and learn from all of the stupid things you do." But she's not that stupid: She's outlined the 10 tips for seducing a politician for xoJane.

During her trip last week, Leathers didn't explore NYC much because she was pretty much locked down in her hotel room when not making appearances, "I'm really nerdy and I love art too, so if anything I'd just want to go around to art galleries. That would really be my ideal trip, but I do plan to come back to New York within the next couple of weeks, so I'll be there before the primary." Perhaps in time for a debate?!