After closing three schools on Thursday due to swine flu symptoms in many students, the city closed three more—JHS 74 in Bayside, Queens and P.S. 107 in Flushing, Queens and I.S. 318 in Williamsburg, Brooklyn. Students at those three schools also exhibited "unusually high levels of influenza-like illnesses." Health Department Commissioner Dr. Thomas Frieden said, "Despite the significant disruption this causes, the Health Department has recommended closing these schools to reduce the spread of influenza. We are continuing to carefully monitor H1N1 virus throughout the City, and are taking action again today because there are unusually high and increasing levels of flu-like illnesses at these three public schools." 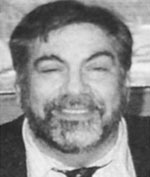 The city's most critically ill swine flu patient is I.S. 238 assistant principal Mitch Wiener, who is on a ventilator. His family says he has kidney failure and pneumonia, making his symptoms untreatable—and they criticized the city for being slow to act. Wiener's wife Bonnie said that her husband told the principal to close the school earlier, "I am outraged. What does it take to close the schools? We can close because of snow but not a disease, which can kill you."

Mayor Bloomberg defended the city's decisions regarding schools closings, explaining yesterday, "We have to make decisions on each school individually and if you close the school it doesn't mean that people aren't going to get sick. Each school is different, and we will evaluate." But the parent of two children who have flu-like symptoms told the Post, "They waited too long. It seemed like they were just waiting for all the kids to get sick before they decided to close the school."

And now a case of H1N1 has been confirmed in a Rikers inmate. While the Department of Correction says the inmate's condition is not serious, NY1 reports that Norman Seabrook, head of the Correction Officers Benevolent Association, thinks the Ann M. Kross Center at Rikers (with 600 inmates) should be closed and that inmates be transferred to other facilities: "They need to be treated just as the public is treated. If the mayor of the City of New York can close several schools in the city of New York to make sure that they are sanitized properly, then he should do the same thing for the members of the New York City Department of Correction."

And after the jump, the city's press release about swine flu:

Symptoms of H1N1 (SO) include fever, cough, sore throat, body aches, headache, chills and fatigue. Some people have reported diarrhea and vomiting as well. New Yorkers experiencing severe symptoms, such as difficulty breathing, should seek health care and treatment. The best way to prevent additional cases of flu in school is to ensure that people wash their hands frequently and cover their mouths when coughing and sneezing. For those who are ill, the recommendation is to stay home until they are symptom-free for at least 24 hours.

Eating pork or pork products cannot spread H1N1 (SO) flu. The most effective way to lower the risk of spreading the flu is for people with a fever and either a cough or a sore throat to stay home. The City's Health Department urges everyone to continue taking these basic precautionary steps:

School and day care administrators, employers and managers of group living facilities should make sure to do the following to avoid the spread of illness: Influenza can evolve in unpredictable ways; it is impossible to know whether H1N1 will dwindle, remain the same, or surge in coming weeks, and whether the illness will remain mild. Some severe cases may occur in people with underlying risk factors, such as young children, the elderly, and people with chronic medical conditions — the Health Department is watching closely for signs of increased virulence.

For more information, go to the Health Department website.

#department of health
#h1n1
#pandemic
#Rikers Island
#school closings
#swine flu
Do you know the scoop? Comment below or Send us a Tip

A mystery car is up for grabs in NYC. Let's try to find it.
Jake Offenhartz