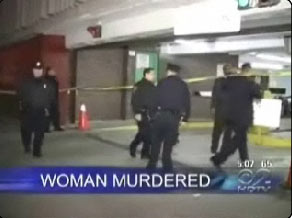 William Davila surrendered to the police this afternoon, three days after his estranged wife was found stabbed to death in the front of his car on the Lower East Side.

The body of Leonida Davila, 39, was found shortly before midnight Tuesday evening in parking garage on Delancey and Essex Streets. She was wrapped in a blanket and handcuffed, with multiple stab wounds to the head, neck, and chest.

Davila, who was convicted of attempted murder in 1985, turned himself in Friday afternoon and charges are pending related to the death of his wife. The pair had a long history of alleged domestic violence, but one neighbor was shocked at the violent turn that may have taken place, "This is very shocking to me. Totally surprising. I am totally shocked."

The victim had filed for divorce from her husband and an order of protection was issued against him. They had one 4-year-old child, and she had two children from a previous relationship.