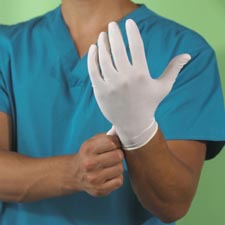 A married businessman was arrested for pretending to be a gynecologist and giving exams to young women at a Park Avenue building. Sources tell the Daily News that Zalman Silber of Rockland County was charged with "third-degree sexual abuse and unauthorized practice and professions for impersonating a doctor."

Two victims are mentioned in the charges, but the "exams" may have started in 2003, so the authorities are looking for any other victims. One of Silber's defense lawyer says her client is innocent, noting two women did not pick him out of a lineup. His other lawyer is Kenneth Gribretz, who resigned from the Rockland County DA's office after pleading guilty to misdemeanors like income tax evasion in 1995 (his mistress revealed salacious details to the U.S. Attorney's office).

Prosecutors says Silber, who gained notoriety as the creator of Skyride (an Empire State Building ride which offers people an simulated flight in NYC), used a third party to bring "patients" to him. A few years ago, a man in Texas was arrested for pretending to be a gynecologist--he advertised his services ("vaginal irrigation") in a newspaper and ran his scam in a storage facility.

#crime
#doctor impersonation
#fake gynecologist
#sexual assault
Do you know the scoop? Comment below or Send us a Tip