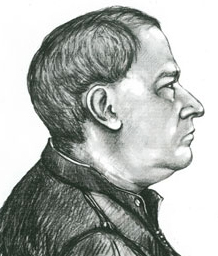 Cops have a suspect in the shooting of orthodontist dad Daniel Malakov and released a sketch of his playground shooter. Malakov was killed by a gunman who shot him at point blank range with a pistol; the shooting left a handmade silencer fashioned from a bleach bottle wrapped in duct tape.

The killing is believed to be related to a bitter custody dispute between Malakov and his ex-wife Mazoltuv Borukhova. Because the murder took place while Malakov was dropping off their four-year-old daughter to Borukhova, their child witnessed her father's murder on a Queens playground. The Post reported that "after interviews with witnesses, cops said the stocky gunman stands about 5-foot-8, sports salt-and-pepper hair and was last seen wearing a black jacket and black pants." Additionally, Malakov's brother said that Borukhova's mother threatened her ex-son-in-law's life after he gained custody of her granddaughter, saying, "You will all pay for this."

Borokhuva has been in Queens Family Court, attempting to regain custody of her daughter, who is now in a foster home. Borukhova testified that she previously met with a political consultant about planning a protest in front of the White House with her daughter regarding her custody rights. The consultant she met with advised her to abandon the effort, as "nobody would care."