Gothamist made its first appearance in the Supreme Court record late last month as part of a case assessing whether Washington, D.C. police officers were in the right to arrest people having a do-it-yourself strip-club party in a vacant house.

The case, District of Columbia v. Wesby, centers on a party in the Anacostia neighborhood in the Southeast section of the city in 2008. Two cops responded to calls about illegal activity in the house at around 1:30 a.m., and when they approached the front door, the revelers scattered, running into various corners of the place. Inside, the officers found the house unfurnished and lit by candles. Condoms were scattered about, several women were in their underwear with money stuck in garter belts, and upstairs, there were multiple men with a naked woman. There was also a man hiding in a closet, and another huddled in a bathroom.

When the cops gathered everybody and questioned them about who told them they could be there, some said vaguely that they had been invited by other people, and some said that a woman known only as Peaches gave them permission. Officers called this Peaches and told her to come to the house to sort the situation out, but she refused, saying they would arrest her if she came. She gave conflicting answers about whether or not she had permission to be in the house, and the owner, a Mr. Hughes, said no one was allowed to be there.

The cops ultimately arrested 21 people for trespassing, then changed the charges to disorderly conduct. Prosecutors later dropped those charges. Most of those arrested then sued the district and the police for false arrest. A jury awarded the arrestees $680,000, plus attorneys' fees, and held the officers personally liable, putting them on the hook for nearly $1 million. A divided appeals court upheld the award, with the judges vehemently disagreeing, which is how the case made it to the Supreme Court.

At issue is whether the officers had probable cause to arrest the partiers for trespassing. Under D.C. law, a person is guilty of unlawful entry only if he or she knew that his or her presence was contrary to the wishes of the person in charge of the property. One main question being considered by the country's top court is whether the cops acted properly in doubting the party people's "claims of an innocent mental state." Also being weighed is whether the cops should be entitled to the immunity typically afforded to public employees acting in their official capacity, even if they did act improperly. 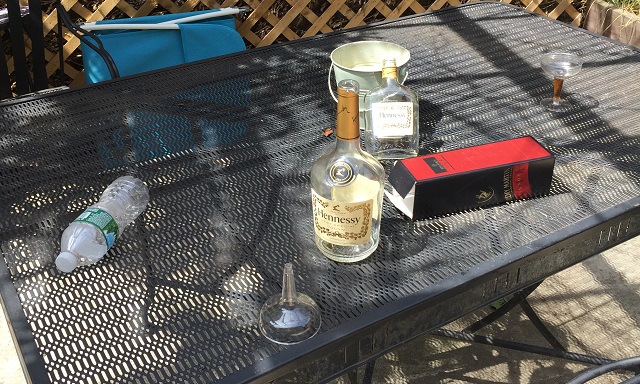 The aftermath of a party in an Airbnb duplex in industrial Williamsburg in 2016. (Will Croxton)

Writing to the Supreme Court in support of the officers, lawyers for D.C. said that the condition of the house, word from neighbors that it had been empty for months, and the absence of anyone with permission to be there all "strongly suggested that the partiers’ presence had not been authorized by anyone with lawful authority." Also, according to the attorneys, "Trespassing in vacant homes, sometimes by large groups, is a frequent and well-known problem, and was around that time. Trespassers target vacant homes to use not only for unauthorized parties, but also for other illegal activities, including drug use and prostitution."

Those looking for evidence of this phenomenon need look no further than our 2016 story, cited in the brief, with the headline "Airbnb Scammer Wrecks Williamsburg Family's Home In Epic Rager." That piece chronicles the travails of a Brooklyn high school principal and a teacher who rented out their Williamsburg duplex on Airbnb during a summer road trip. Partway through the trip, someone booked their apartment using a stolen credit card and threw a massive, blunt-smoke-and-Hennessy-soaked party culminating in a police bust, and a day or two later, a burglary.

Asked how he felt being a literal footnote in U.S. history, Williamsburg homeowner Will Croxton said, "That's hysterical. Yeah, it's funny, because I was reached out to by another person from our neighborhood" after his story went public. "A similar thing happened: it was a long-term rental, and they were running some sort of sex-party club out of there, and just completely destroyed the place."

When we spoke to Croxton last year, he was concerned that Airbnb would bilk him out of the nearly $7,000 in damages he incurred. "There was a waiting out period where they were testing our resolve," he said Thursday, "but, ultimately they did right by us." He declined to share the total amount the company paid.

Gothamist is frequently cited in New York civil rights and other lawsuits, and our sister site DCist showed up in the footnotes of a motion by Virginia's attorney general challenging President Trump's Muslim-country-focused travel ban.

The Supreme Court agreed to consider the D.C. house party case in January after putting off the decision eight times, suggesting that its judges too are divided over it. The case is expected to be heard in the fall.