As of 11:45 p.m., Hillary Clinton and John McCain are projected to win their New York primaries. The Democratic primary distributes NY delegates proportionally, so the final total will be important in determining how many will go to Clinton and how many to Barack Obama.

McCain also did well in the Northeast, winning the whole tri-state area, while Mike Huckabee has been strong in the South. Mitt Romney has won Massachusetts, plus some in the Midwest and Mountain region.

Here are the candidates and the states they are projected to win: 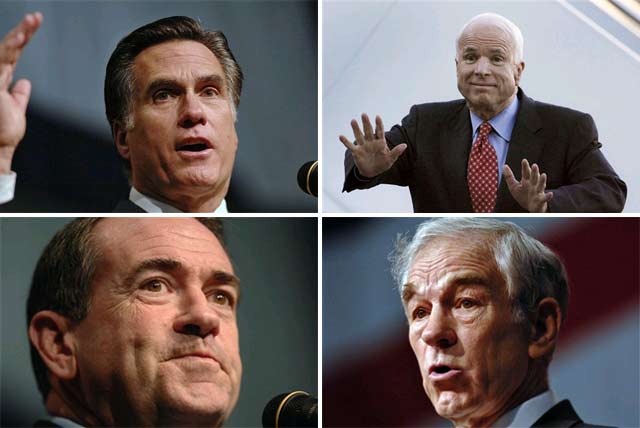 As of 11:30PM, California, which has the most delegates up for grabs for both party (the Democratic delegates are doled out proportionally) is too close to call. Some good resources are:

Are there any websites you find particularly handy to track primary/caucus results? We like Politico's slick display of the results, but we wish all the states were on one page, versus needing to scroll through them.