Sunshine on Our Shoulders All Week 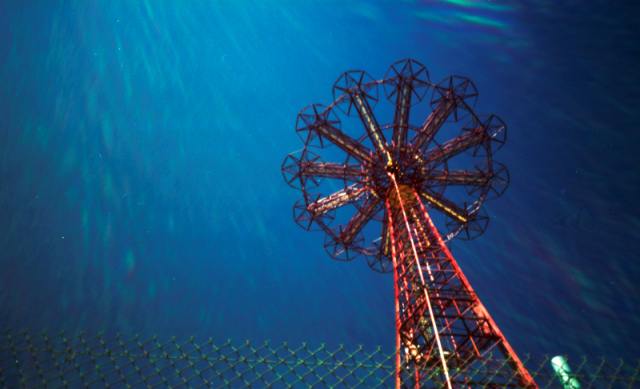 Pinhole photograph from gmpicket on Flickr
After a cool August, September is running more than three degrees warmer than normal. That flip has largely been due to the incursion of hot and humid air dragged this far northward by Hanna and Ike. Yesterday's oppressive humidity, the dew point reached an icky 73 degrees, has been ushered away by an early morning cold front. The cool air behind the front won't get here until tomorrow, so for today we'll have to settle for a sunny, breezy and dry day with a high in the mid-80s.

The timing of this morning's frontal passage illustrates an obscure problem in recording climate data. A day's minimum temperature usually happens around sunrise. Today's low will occur at midnight tonight. A person taking weather observations at 8 a.m. will record a different minimum than someone who records the day's temperature at midnight. All official observations are now on the midnight-to-midnight schedule but lots of old climate records had to be cleaned up to get rid of the time of observation bias.

Bias or not, tomorrow will be cooler, with a sunny high in the lower 70s. More of the same is expected all week as a high pressure system parks itself over the region. Look for clear skies through next weekend. Highs each day should be in the seasonable mid 70s.

#clear skies
#dry
#sunny
#weather
Do you know the scoop? Comment below or Send us a Tip