Crowding around a harried Economic Development Corporation volunteer on Tuesday, Sunset Park residents accused the city of insulting them with a $2.5 billion streetcar proposal they fear will cut through their manufacturing-dependent waterfront, accelerating displacement in a historically blue-collar neighborhood.

"To come up with this offer that's going to solve all of our problems because it's pretty, that's an insult to our intelligence," said Maria Roca, founder of Friends of Sunset Park and a lifelong resident.

Tuesday's meeting was the EDC's fifth "visioning session" for the Brooklyn Queens Connector (BQX), a 16 mile track that would eventually run from Sunset Park to Astoria along the waterfront (see map below), connecting startup hubs like Industry City and the Brooklyn Navy Yard, as well as new waterfront residential developments and several large NYCHA housing projects.

"We want to make sure that Sunset Park residents have access to good paying jobs, and not just in this neighborhood," said EDC spokesman Lydon Sleeper.

But many residents worry the streetcar will benefit Industry City at their expense. The 32-acre complex recently requested zoning changes to accommodate hotels and retail. The streetcar would compliment such development, they argue, and potentially price out small businesses and factories (the city has said that the streetcar could pay for itself by raising property values along its route).

"If they are successful in rezoning their space, that will put the rest of the waterfront at risk of being displaced," said Ana Orozco, a spokeswoman for UPROSE, a neighborhood-based environmental justice nonprofit. "It's the same thing that happened in Williamsburg."

"What was $800 for a one bedroom is now almost $2,000, which is absolutely insane," Council Member Carlos Menchaca told a group of his constituents on Tuesday. "If this is going to accelerate that, I'm not for it."

The EDC has countered that Sunset Park's "antiquated industrial infrastructure" needs to be transformed into a "21st century model."

Mayor de Blasio's $442 million, 10-year plan to add industrial jobs across the city includes $37 million for Sunset Park infrastructure projects and $115 million for an additional 500,000 square feet at the neighborhood's South Brooklyn Army Terminal. There, the EDC caters to light-manufacturing businesses like chocolate and furniture makers in addition to larger companies.

At Industry City, CEO Andrew Kimball says employment has more than doubled in the last two-and-a-half years. "We continue to devise a plan for the property's full activation that could generate some 20,000 jobs in the next decade," he stated. "Hotels are one of several options under consideration."

But residents say they're feeling a job pinch. "There used to be a lot of factories," said Carlos Túpac Yupanqui, an MTA rail worker. "If you were fired, the next week you were able to find a job. Then gentrification happened."

And when Industry City 3D printing company MakerBot sent more than 100 factory jobs to China this spring, CEO Jonathan Jaglom told The Verge that he was "following a global trend, which has been around for many years now, whereby we're stepping away from manufacturing in Brooklyn."

"MakerBot hired a bunch of people and then laid them off a year later," Orozco said on Tuesday. "It's now become clear that that was sort of a bait and switch situation." 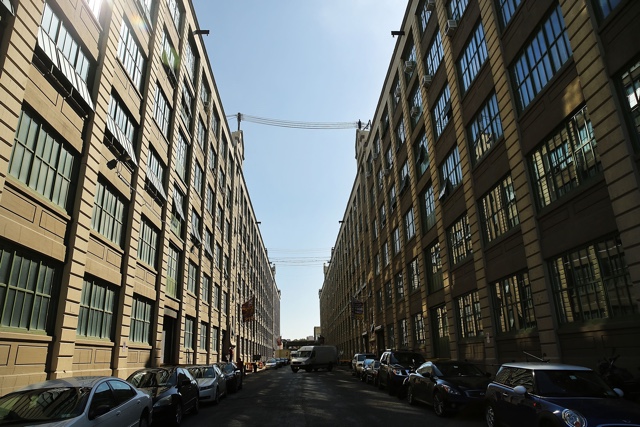 Some Sunset Park residents worry that the BQX will primarily serve Industry City, which in turn will accelerate displacement in their neighborhood (Getty).

Some locals countered that the BQX might increase access to the bay. The neighborhood's only waterfront green space, Bush Terminal Park, is currently separated from the rest of the neighborhood by industrial sprawl.

"One of the things I appreciate about the Promenade in Brooklyn Heights is that you can actually see the view," said a resident who spoke anonymously because she works at the Army Terminal and wasn't authorized to speak on the issue. "Here it's a lot of private property and menacing signs and chain link fences and barbed wire."

"I have children I want to take to the park," added Jennifer Wertz, a Sunset Park resident who also works for the EDC. "The G train doesn't go there and the R train is unreliable. It would help to have another option."

But others maintained that the risk posed to the auto mechanic shops and clothing manufacturers along First and Second Avenues is too great.

"They're building this in anticipation of really radically changing the area," predicted Jeremy Kaplan, a freelance documentary filmmaker. "Because what purpose is the BQX going to have if it's running down part of Sunset Park where people don't live?"

There are also logistical concerns. "Everyone loves a shiny new Tonka toy," said local Elizabeth Shelton. "But you're talking about two and a half billion dollars of our money spent in a floodplain." Residents suggested that more frequent buses along Third Avenue would help locals travel to nearby Lutheran Hospital. Those buses could reroute during storms, and share the road with the considerable truck traffic to-and-from warehouses—a concern also raised in Red Hook.

Attempting to restore order on Tuesday, the EDC volunteer at Roca's table insisted that community feedback is integral. "We're hoping to get information from folks who are on the ground, so we can use this information from you guys to put into the plan," she said.

Afterwards, Roca said she still believes the plan has been forced onto her community. "They say, 'We have this plan and we're here to hear from you—to tweak it with your ideas,'" she said. "'What do you need in order to be a viable community?'—that is never the first question."

"Here we go again with the promises that never bear fruit for us," she added. "For somebody else, yes. But not for us."

Mayoral spokesman Austin Finan stated that the purpose of the BQX "is not to serve one particular business or development project, but rather to provide a transportation alternative to transit-starved areas and help move commuters to jobs in neighborhoods throughout the city." 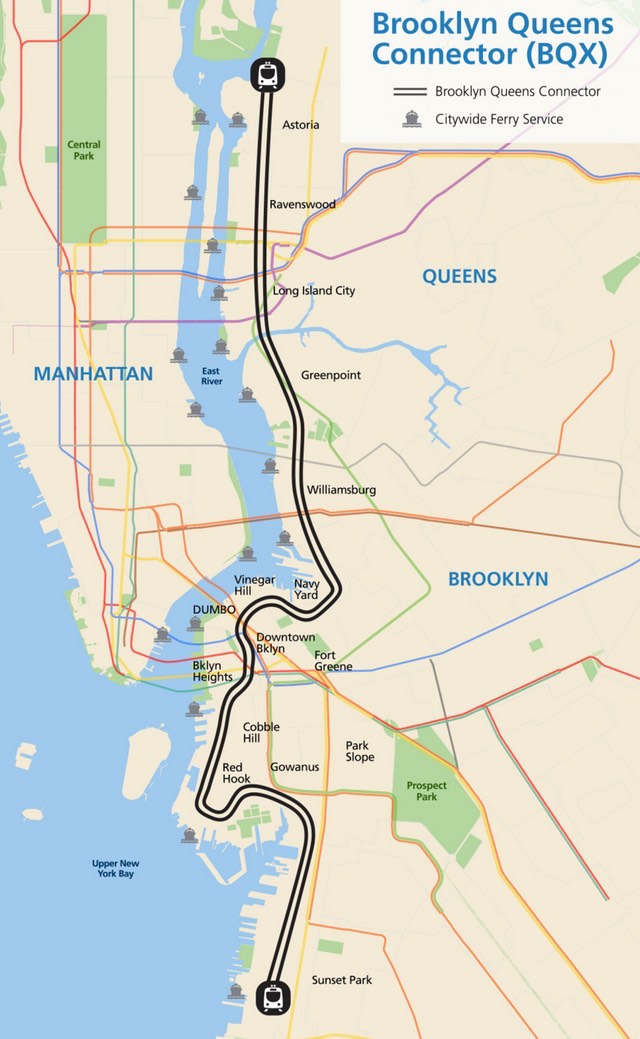