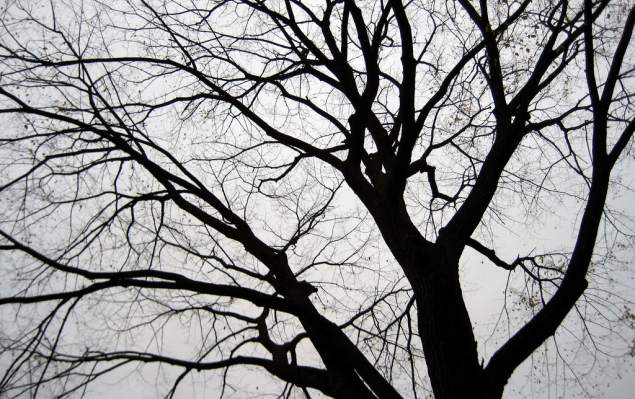 look up by Armadilliz on Flickr
Another gloomy day today. There's a slight chance of showers but that chance will diminish as the coastal low that has brought all the clouds and drizzle finally begins to move out of the picture. The lingering tropical air will keep the temperature in the mid 60s for much of the day and it won't cool off much tonight.

Tomorrow will have a mix of weather as an air mass from the arctic replaces tropical today's tropical soup. Yes, arctic air, but it won't be that cold. After a foggy morning, a cold front should whoosh through town. The high will still get to the mid 60s but expect cooler conditions by late afternoon Saturday. Along with the front are several upper level disturbances that will likely kick off a few showers.

The impending cold front is the leading edge of the nasty winter storm that brought several feet of snow and 80mph winds to South Dakota. Nothing so drastic is expected here. Once the showers move out we're looking at several sunny days. It'll be cooler with highs in the mid 50s on Sunday and 50 or so to start next week.