Summer Struggles to Hang On 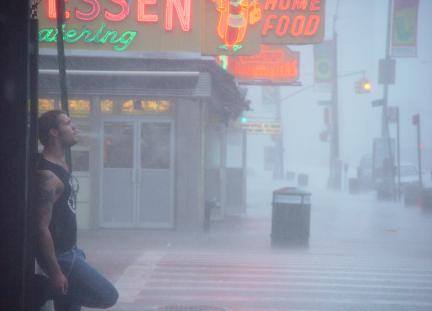 How would you like to enjoy two seasons in one week? Well, you don't have much choice if you're in the city for the next few days. Today will be a sunny and mild summer-like day with a high in the low 80s. While Hanna didn't have much impact Saturday night, the swells from the storm will be generating rip currents today.

Tomorrow will be a transition day. A strong cold front is approaching and that front is very likely to kick off showers and thunderstorms tomorrow afternoon. Some of those storms may be strong enough to generate some hail or gusty winds. Once the front passes, around midnight, winds will become northerly and usher in cooler air. The highs Wednesday and Thursday will hint of fall and only reach the low 70s. It will be sunny both days. As it looks now, Friday will be a bit warmer with a chance of rain later in the day.

Down in the tropics Hurricane Ike is wreaking havoc on Cuba after leaving at least 60 people dead on Haiti. At its peak Ike was a category 4 storm with sustained winds over 130 miles an hour. The hurricane has weakened to category 2 and is expected to at least temporarily lose its hurricane status as it travels over Cuba. Restrengthening is likely once moves over the open waters of the Gulf of Mexico.

#cold front
#cool
#Hurricane Ike
#rain
#sunny
#weather
Do you know the scoop? Comment below or Send us a Tip