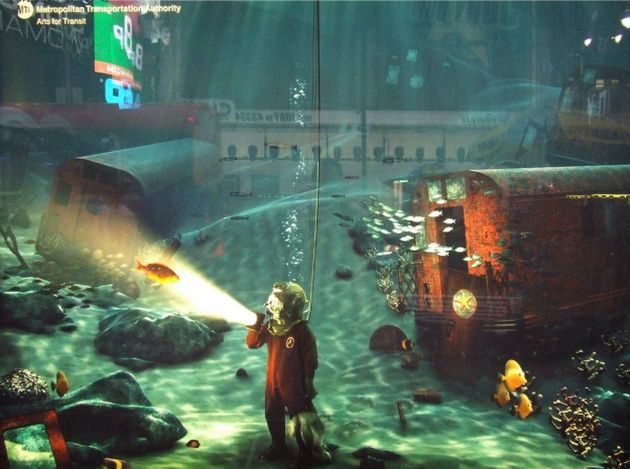 The decision to create artificial reefs off Delaware's coast using discarded “Redbird” subway cars from New York City has proven so successful that marine officials are struggling to cope with overcrowding. Since the state first began dropping the cars to the ocean floor, the formerly barren area has become an underwater metropolis for countless tuna, mackerel, flounder and bass. And with that comes a fishing problem: with over 10,000 annual angler trips to the area, commercial pot fishermen keep getting their lines tangled with those of smaller hook-and-reel anglers, causing constant arguments.

Artificial reef program manager Jeff Tinsman has been scrambling to expand the reef, but he’s facing increased competition for the old cars, which New York City not only gives away for free but pays millions to transport. New Jersey, which stopped taking them in 2003 because the cars have asbestos in them, now says the cars won’t harm marine life and would like 600 of them, thank you. But even that may be asking too much, because the city will soon stop shipping the cars out of state altogether, once the Army Corps of Engineers updates the state’s reef permit this summer.

All that means Delaware will be lucky to get even 100 more cars to add to its 600-plus collection. To compensate, they’re trying to expand the reef using tanks, refrigerators, shopping carts and washing machines – but Tinsman says nothing beats the subway cars, particularly the newer, stainless steel models, which he calls “the DeLoreans of the deep.”