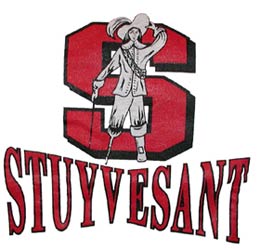 A van carrying members of Stuyvesant High School's junior varsity girls' track team overturned on the way to a track meet in New Hampshire. The crash occurred last Saturday on I-91 in Vermont, when the van "veered into a median and rolled over," according to Vermont State Police.

Other passers-by who stopped helped hold the van so it wouldn't roll over again. The AP reported that "four passengers crawled out, two were partially ejected, one was trapped behind the steering wheel and two others were inside." One of the girls was partially paralyzed.

According to the high school's parents' association, the coach Erin Taylor, and juniors Valerie Piro and Lucia Hsiao "remain hospitalized with injuries" including serious neck injuries and a bruised lung.

Stuyvesant is considered one of the best public schools in the city. The team had been scheduled to compete in a race-walking competition at Sunday's Dartmouth relays.