This past school year, prestigious public school Stuyvesant HS conjured up a controversial new dress code that some thought amounted to: "Stop Dressing Like Sluts, Girls." Students said the code was arbitrary and affected female students more than males. And the student body became particularly upset when school security started hassling them even when they were dressed in accordance with the policy. Yesterday, fed up students staged a "Slutty Wednesday" protest. "They're, like, sexualizing our outfits by telling us what to wear. And like, I don't know, I guess it's just more important to learn in school rather than be like persecuted for your dress," one student told NY1.

The dress code requires that shorts, dresses and skirts should extend below students' fingertips, with their arms straight at their sides, and shoulders, undergarments, midriffs and lower backs should not be exposed. Last month, Principal Stanley Teitel told us the dress code came about because he felt "children were dressing inappropriately" and he wanted it to stop—he also disagreed that the rules were biased against girls, and didn't think it was "slut shaming." Students were riled up yesterday though, calling the policy a double standard that singled out girls whose bodies are “more curvy.” Boys were also upset, saying it made them seem like horny monsters who couldn't control themselves at the sight of skin.

“We work our asses off here, and school is about learning. Clothing is not important,” ninth-grader Lucy Greider told the Post. She said she has been sent to the office 10 times this school year for showing off too much cleavage, midriff or shoulder. “Sometimes, the teachers will call you out in the hallway, [but] I like what I wear. I want to have my own style in school,” she added. “A lot of the classrooms don’t have a/c’s and when it is 80 degrees outside and it is really hot, it’s perfectly OK to show a little skin.” 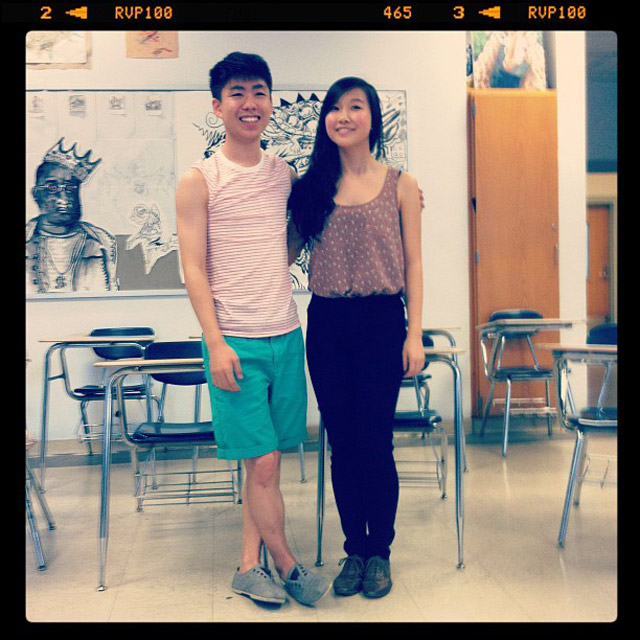