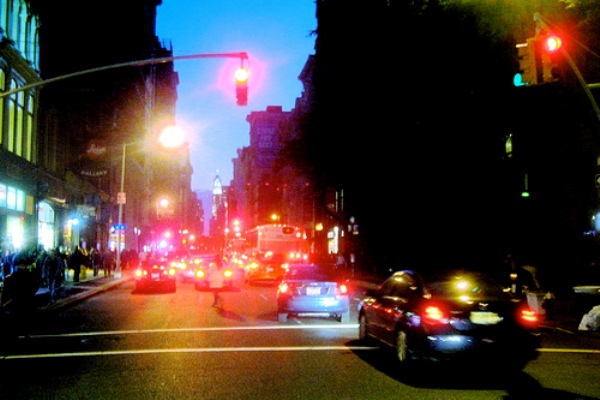 The Independent Budget Office released a report examining who might be affected by congestion pricing. The report, "Behind the Wheel: Who Drives Into The Proposed 'Congestion Zone'" can be read here (PDF) but the topline is that drivers are middle-class and over half are from Nassau County, Westchester, NJ, Connecticut and Pennsylvania.

The report states, "Looking at the extremes of the earnings distribution for all congestion zone commuters, motor vehicle users were less likely to be in the lowest 10 percent of earners and more likely to be in the top 10 percent." The average yearly income of motorists is $75,523, which is "24% more than other commuters," and those drivers who live in NYC have a median income of $41,209, versus a median income of $32,379 for NYC residents who take other means of transportation. Other interesting points: Motorists are twice as likely to hold government jobs, are more likely to be self-employed, and many work in the private sector.

Streetsblog has the presentation from the New York City Traffic Congestion Mitigation Commission about congestion mitigation strategies. Those strategies included:

The current congestion pricing plan would create a congestion pricing south of 86th Street in Manhattan between 6AM and 6PM, charging cars $8 to enter. The federal government approved $354 million, but it remains to be seen if agreement can be reached for a plan to actually pass.