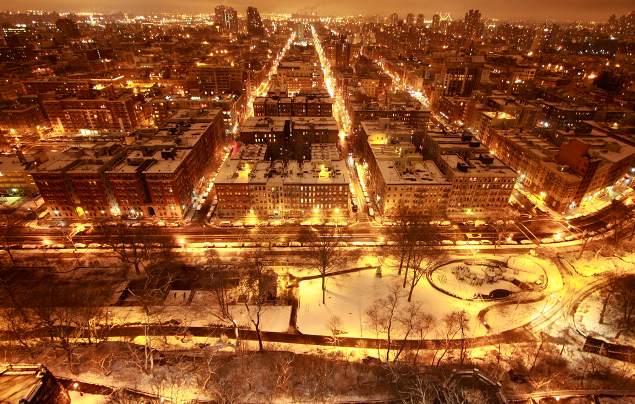 Before being washed away by rain and rising temperatures, roughly 1-2 inches of snow blanketed the city last night. The greatest amount was measured in Flushing Meadows, where 1.8 inches of snow was measured. There was some freezing rain upstate and in Connecticut but nothing compared to last week's storm. Ten-thousand homes are still without power in the Albany area.

Slightly warmer air is moving into the region today. The arriving air is near saturation. As it moves over the cool ground the air is being cooled enough for condensation to occur. Hence the gloomy fog, mist and, as of 11 a.m. in Central Park "unknown precipitation". Hmm, wonder what that could be? Today's high will remain in the 30s. Tomorrow, OMG, sun! Look for a high in the mid 40s.

Another storm is expected late Thursday night and into Friday. Precipitation is likely to start out as snow, change over to lots of rain during the day on Friday before turning back to snow Friday night. The sun may make a brief appearance on Saturday before another storm arrives on Sunday.