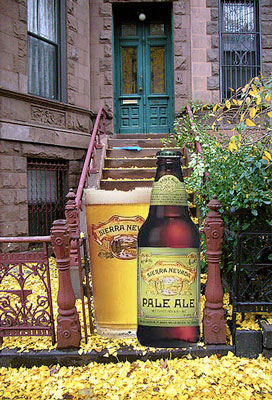 Looks like there's going to be a lot more ink put down on the whole public drinking debate, The NY Times has now talked to Kimber VanRy--the man ticketed two weeks ago for having a beer on his stoop. At the time VanRy said he would likely just pay the fine, but after all the attention he's now pleading not-guilty at a November court appearance.

“I think this is a real gray area. I don’t think I was doing anything wrong.” He questioned the notion that his stoop is considered a “public place” as defined by the law. “It’s one of those laws that a lot of people know it’s there, but how heavily it should be enforced is a question."

The gray area comes partially from Mayor Bloomberg himself, who stated that uncorking a bottle of wine for a concert in the park is a-okay by him, not to mention he was photographed this past May drinking a glass of wine at Brooklyn Bridge Park!

Currently, "the city’s open-container law prohibits anyone from drinking an alcoholic beverage, or possessing and intending to drink from an open container containing an alcoholic beverage, in any public place. The law defines a public place as one 'to which the public or a substantial group of persons has access, including, but not limited to,' a sidewalk, street or park." If one is caught drinking in public without a permit (at a blockparty, etc) then that person faces a fine of $25 or five days behind bars.

#brooklyn
#law
#open container
#pubic drinking
#stoop
Do you know the scoop? Comment below or Send us a Tip