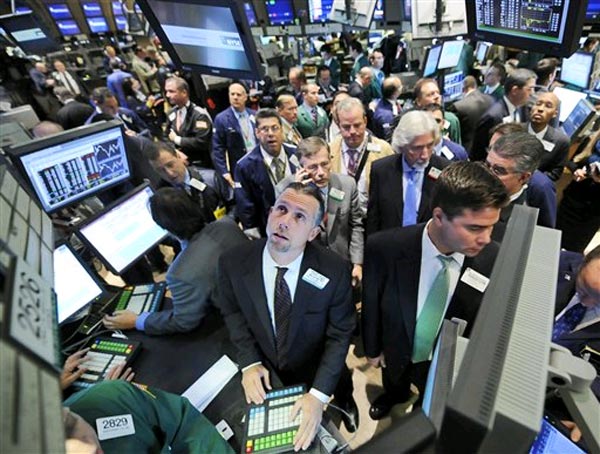 An analyst at Shaeffer's Investment Research, Richard Sparks, told the NY Times, “This is an extremely weak market with a tremendous amount of uncertainty. The Fed, worldwide government agencies and central banks have done just about anything they can now. And that may be the biggest fear now. They’ve used up all their bullets and there’s really nothing left to do other than let it work its way through the system.”

Treasury Secreatry Henry Paulson warned that the economy will continue to be strained and that the public needs to be patient. With regard to the historic $700 billion bailout, Paulson said, "Getting it right is as important as getting it done quickly."

And a day after it was disclosed that a week after receiving an $85 billion bailout, AIG executives took a $442,000 trip to California for a company retreat, the Fed is giving AIG another $37.8 billion loan to "replenish liquidity."