Still Legal for Frosty Stores to Have Open Doors 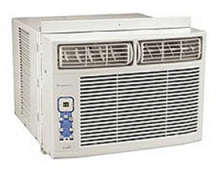 The NY Times columnist Clyde Haberman is annoyed about shops that keep their air-conditioned stores' doors wide open and found other New Yorkers who share that gripe. One downtown resident was told by a Soho clothing store that the open door was "company policy," so the outraged resident called the store's main office, where someone "said they had a ‘green team’ forming."

Haberman points out that he wrote about this issue two years ago, when oil was at $70/barrel. It's now at $140/barrel and he counted, on a recent walk during 90-degree weather, a number of stores with open-door policies:

Along 34th Street between Fifth Avenue and Avenue of the Americas, 15 stores flooded the sidewalk with their air-conditioning. On a three-block stretch of Broadway in SoHo, from Houston Street to Broome Street, the number was 29. Among the energy wasters were major retailers like Steve Madden, H & M, Foot Locker, Aerosoles, Lane Bryant, Ann Taylor Loft, Arden B., Aldo, Uniqlo, Esprit and Zara.

Last year, City Councilwoman Gale Brewer proposed a bill that would have fined establishments $200 per open door/window in air conditioned spaces. But the bill was never passed, because, Haberman writes, "because it lacks support from the Bloomberg administration, which despite its own ample 'green' talk has shown scant interest in telling businesses what to do." Snap! And one person suggests closing doors in stores yourself.

Some stores don't seem to care that the stress on Con Ed might prompt a blackout, though Con Ed recommends air-conditioning be turned to 78 degrees. And during the cold winter, sometimes store doors are open when the stores are warm and cozy.

#air conditioning
#gale brewer
#oil crisis
#sidewalks
#waste
Do you know the scoop? Comment below or Send us a Tip