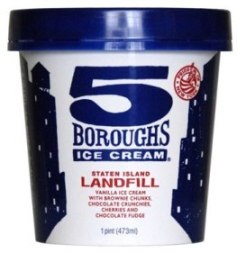 Brooklyn is all "Fuhgeddaboutit," but Staten Island can be "Hey, what about us!" at times. Take, for instance, a recent angry letter from the Richmond County Young Republicans who have asked Facebook CEO Mark Zuckerberg to recognize the borough in its software. You can read the entire letter here (PDF), but check out this excerpt:

We often send out event invitations to members of The Richmond County Young Republicans' Gacebook group, but we have come across a problem in doing so. Unfortunately, Staten Island, NY is not listed among the many cities to choose from. The only option is "Staten Island Junction, New Jersey." This hits a sore spot with us and our members, as Staten Island has a reputation as the "forgotten borough" of New York City. Our club supports candidates and elected officials who continuously fight to have Staten Island noticed and respected. We hope that you will take this opportunity to correct the oversight and help rejoin Staten Island where it belongs, as a part of New York City!

And our favorite Staten Island Republican might be James Oddo - we're not familiar with all his legislative policies, but his interview improv skills are great.