The latest tool being used to help turn the former Freshkills dump in Staten Island into a glorious park to rival Central and Prospect Parks? Goats. As the Times reports today, the city has rented 20 Anglo-Nubian goats to help deal with a stubborn, invasive weed called phragmites. The cost of renting the not-picky eaters for six week? $20,625, or about $171.88 per goat per week. Not too shabby considering all they have to do is eat.

Initially the goats are being used "to clear the phragmites across two acres of wetlands that will eventually be cultivated with native grasses like spartina and black needle rush." But if that goes well, they could be used for more jobs. "We want to introduce the idea of using goats to help in vegetation management," Eloise L. Hirsh, the administrator of the park, told the paper of record. "The sanitation department mows us once a year. But this is 2,200 acres. We need help."

And if that works they've got big, big plans, like possibly getting the park its own herd (hey, better than a bunch of gas-spewing lawnmowers, right?). And you know what that means? Milk. "We would like to have a cheese manufacturer here,” Hirsh said. "I know there will be lots of skepticism. But it would be a pretty eloquent statement about how you really can restore land that was formerly very damaged."

Update: In case you were curious? Here is what the herd looks like: 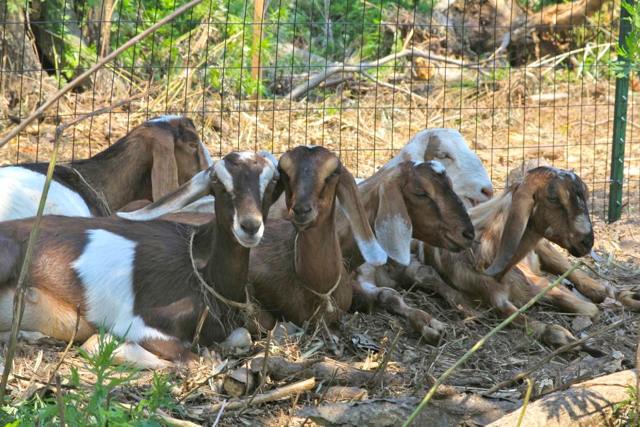 #artisanal staten island
#dump
#freshkills
#goat
#goat cheese
#goats
#staten island
Do you know the scoop? Comment below or Send us a Tip