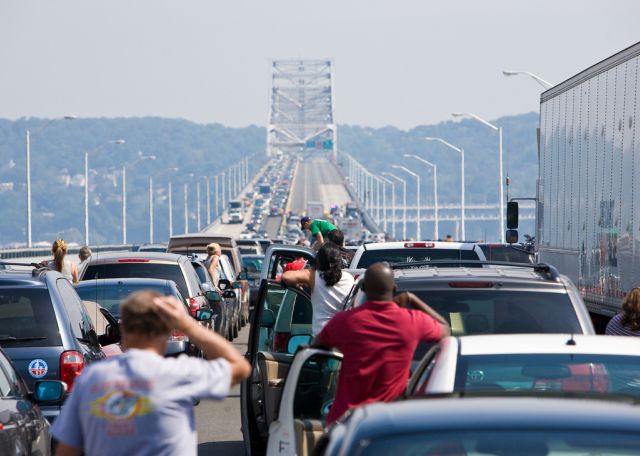 Yesterday state officials announced that they have chosen to forgo plans to repair the Tappan Zee Bridge and instead intend to build an entirely new one. The new bridge would also include new a new commuter rail line to link up with Metro North and high-speed bus lanes at a total cost of $16 billion.

After a review of the proposal and a look into alternatives, the earliest the new bridge would open is 2016, just north of the current Tappan Zee. A new bridge was first proposed by then Governor Pataki in 1999. Officials yesterday said that while the current bridge is safe, it does not meet engineering standards on top of which the new transportation alternatives are needed in the growing areas surrounding where the bridge connects Westchester and Rockland counties.

Obviously the biggest questions surrounding yesterday's announcement were about the cost with a state majorly strapped for funds and Wall Street in a state of crisis. On top of potential private financing, the state will look for federal assistance in building the bridge. One Westchester assemblyman called the talk of private financing "the Trojan horse" of yesterday's press conference, saying, "Someone needs to tell me why we need to sell this bridge and let the Wall Street guys run it."