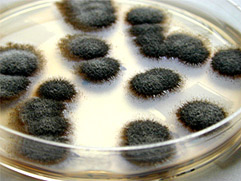 Tomorrow, a new state task force will convene to talk about the threat of mold to the health of New Yorkers and what can be done about it. The New York State Toxic Mold Task Force was formed at the urging of health experts, who are concerned that there isn't enough being done to combat an organism that wrecks properties and endangers the lives of tenants and homeowners.

According to state senator Liz Kreuger representing Manhattan, "Mold, some people are saying, is the new lead, which is a bad line, but it is a reasonable analogy.” The New York Times reports that she got Gov. Spitzer to activate the task force, which was actually formed by a law passed two years ago and signed by Gov. Pataki. The task force will be concerned with assessing the risk of mold and laying out guidelines for responsibility in taking care of it.

In New York City, mold complaints to the city’s housing agency have increased to roughly 21,000 in the 2007 fiscal year from 16,000 in the 2004 fiscal year. Mold complaints to the health department have also jumped in recent years, and legal advocates for low-income tenants say mold cases brought against landlords are increasingly commonplace in New York City Housing Court.

But the nature and extent of the health problems mold has caused or worsened in the city and around the state are largely unknown and open to debate, and the legal requirements for properly ridding a unit or building of excessive mold have yet to be established.

Mold is everywhere, but health officials are concerned about so-called toxic mold, which produces mycotoxins that can induce anything from nasal congestion to asthma attacks. The exact extent of the negative health effects caused by toxic mold is disputed, but scientists do know one thing: "It is everywhere." Just last month, we wrote how newswoman Kaity Tong was forced out of her home due to the presence of toxic mold, allegedly caused by neighboring construction.