The bill, which has stalled repeatedly in the Republican-led State Senate, aims to extend the amount of time that adults have to report childhood sexual abuse and bring civil lawsuits or criminal claims against their abusers.

When pressed by a constituent to take a position on the bill, Golden skirted the question, claiming he didn’t know what she was referring to.

“What is the child victims... What are you talking about? No Ma’am,” he said. “What happens is there are so many definitions and so many pieces of legislation I'm not sure what you're talking about.”

Golden did, however, recall The Child Victims Fund when prodded by another crowd-member. The legislation was introduced by Senate Republicans as an alternative to the Child Victims Act last year, and would eliminate the criminal statute of limitations for childhood sex abuse and create a fund for child victims from assets seized during civil forfeiture. It would not allow lawsuits against organizations like the Catholic Church for offenses that took place decades ago. 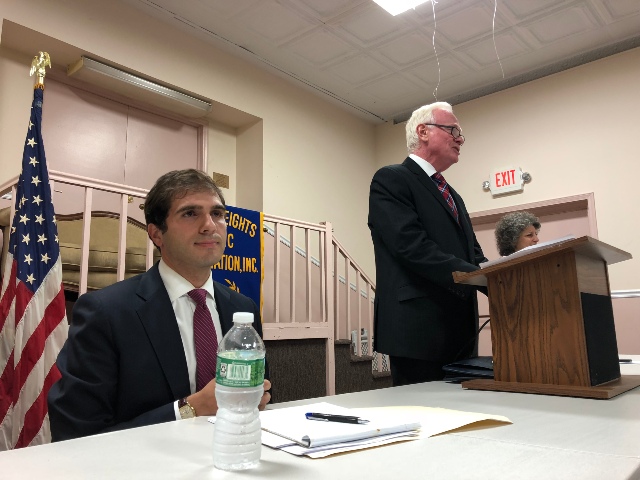 “Marty, Do your homework. Read the bills that come before your desk,” he said, adding, “of course I would support the Child Victims Act.”

The raucous forum often deteriorated into rowdy chants by supporters from each camp trying to drown each other out, while a frustrated moderator pounded a gavel fruitlessly on her podium.

Ok it is really getting intense pic.twitter.com/sNf2Hm3aJG

One constituent pressed Senator Golden, a retired police officer, to release the records from a car crash back in 2005 where he hit a pedestrian who later died.

“It was an accident, an accident, where a woman crossed in the street," Golden said. "She crossed against a light. My car, my...rear view mirror hit her. She went down. She suffered a head injury. It was found at the hospital that she had cancer of the stomach [and] she died 6 months later."

Gounardes, who ran against Golden in 2012, losing by 8,607 votes, criticized Golden’s support of tax breaks for real estate developers, for not backing the area’s immigrant communities, and for opposing marriage equality back in 2011.

In his 16 years in office, Golden has snagged his share of unfavorable headlines—from funneling campaign cash to a catering hall owned by his brother, to calling opioids “not a ghetto drug,” adding “It’s happening to doctor’s kids,” or referring to political opponent Justin Brannon, who was running for city council against his aide, as "fat boy." He also drew protests at his district office earlier this year for failing to extend speed cameras in school zones. Golden’s own car has been ticketed multiple times this year by the cameras.

“After 16 years of a failed status quo, our communities deserve better,” Gounardes said. 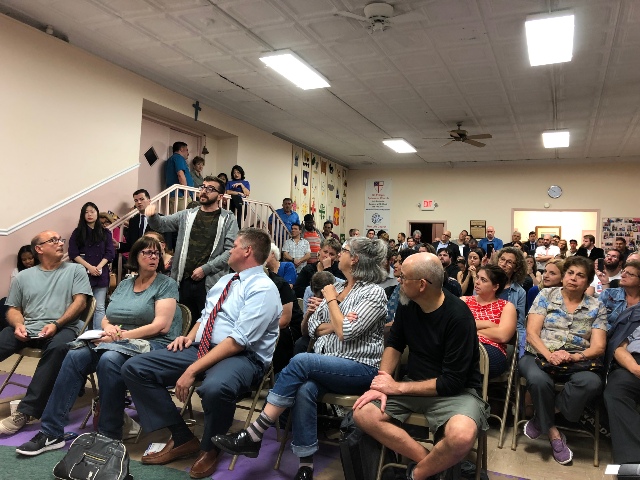 Golden, on the other hand, promised to be a check on the “liberal lunacy” coming from City Hall and the Governor, and painted Gounardes as soft on crime and eager to raise taxes.

Audience member Karen Tadross, 59, who is a lifelong resident of the Bay Ridge, Dyker Heights district, said she’s helping to campaign for Gounardes, but voted for Golden in all the prior elections and lives right across the street from him.

“My tipping point came when he did not denounce some of the rhetoric coming out of Washington that was very very clear human decency things,” she said. “When someone is speaking reprehensible about our immigrants, about our LGBTQ community, about women… Those are human issues, not party issues and Marty did not denounce any of that.”